Getting charged with a DUI is a serious issue, and the consequences that a person convicted of the crime will face are numerous and long-lasting. Unfortunately, many people feel as if they’re automatically considered guilty if they fail a breathalyzer test.
[wp_ad_camp_2]

In reality, this couldn’t be further from the truth. There are several instances in which a breathalyzer could provide a false positive, and if strict guidelines aren’t followed during the test, its results could be inadmissible. This is why everyone should fully understand breathalyzer devices.

As a person drinks, alcohol is slowly absorbed into their system. This alcohol enters the person’s bloodstream and begins flowing throughout their body. When the alcohol passes through the individual’s lungs, the air in the lungs causes a certain amount of this alcohol to be evaporated and exhaled.

Science has shown just how much of this alcohol is exhaled through this process, and because of that data, they’ve been able to ensure that breathalyzers can make reasonably good calculations as to a person’s blood alcohol content (BAC).

While there are many things that can affect the outcome of a breathalyzer test, most people don’t realize that the device is inherently fallible. Courts have consistently allowed for a .01 percent margin of error on these breathalyzers. This means that a person who blows .08 percent, the legal limit in all of America, will actually have a BAC between .07 and .09 percent.

Obviously, this can present a problem since .07 percent isn’t over the legal limit. Individuals should keep in mind, though, that there are other factors that can cause much more inaccurate results.

Factors that Cause False Positives on Breathalyzers

The aforementioned allowed margin of error exists in perfectly working breathalyzer devices, but as many people have discovered, not all breathalyzers are “perfectly working.” Hundreds of DUI convictions were recently called into question in Pennsylvania, for instance, when it was discovered that the breathalyzer machines used to take readings hadn’t been properly calibrated.

Likewise, Evan Levow attorney strategies have dismissed or suppressed New Jersey DUI charges because of inaccurate breath tests. A lack of calibration can lead to inaccurate results in any breathalyzer device.

Additionally, a diabetic or an individual on certain diets also faces an increased risk of inaccurate results. These individuals have higher levels of acetone in their bodies than most, and this will often be misread as alcohol by breathalyzers. Because of this, the chances of a diabetic or dieter being falsely accused of this crime is much higher than most.

It’s also important to point out that alcohol that hasn’t been absorbed into a person’s system can also cause an inaccurate reading. “Mouth alcohol”, which is alcohol that’s remained in a person’s mouth or come back up their throat due to belching, can cause faulty breathalyzer readings.

Unless alcohol has been absorbed into a person’s body, it cannot be used to prosecute them for DUI. When officers don’t properly administer the test, however, this is sadly a distinct possibility.

There’s no doubt that a failed breathalyzer test presents a difficult situation for those charged with DUI. This is especially true for those without an attorney since they’ll be forced to figure out all of their possible defenses on their own. When it comes down to it, however, the burden of proving a person’s guilt is on the state, and in many instances, breathalyzer results are not enough to do so.

Every individual charged with the crime would do well to remember this.
Teresa Stewart is a freelance writer and motorist from Atlanta, GA who presents this article to endorse being educated on the processes and sciences involved in DUI detection. Evan Levow attorney-at-law defends DUI charges in New Jersey and has experience dismissing DUI/DWI charges based on faulty blood, urine, and breath tests.
Photo credit:, http://www.morguefile.com/archive/display/11825 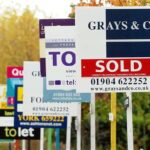 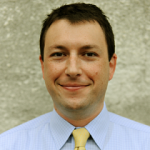