Hourly charge out rates for lawyers have continued to rise rapidly, but for former US Attorney General, now a partner at Covington & Burling, Eric Holder’s rate is a hefty $2295 an hour according to a contract the law firm signed.

The rate is heady, but not out of line with what top corporate lawyers in the major centers internationally are charging, with the $1500-$2000 an hour rate being common.

We looked at the question of what lawyers earn recently, with some surprising stats on the income split in big law firms.

Law.com reported that Covington’s contract with a university to conduct an internal investigation into workplace culture had seen the rate disclosed although the rates in such engagement letters are rarely seen publicly.

A rate at Holder’s level is about eight times the average rate shown in a recent survey of US attorneys by Statistica, which shows an average hourly rate of 324 U.S. dollars, with intellectual property law firms being the most expensive (followed by corporate and commercial law firms).

The average hourly billing rate for U.S. law-firm partners increased over the past two decades from $120 to almost $600, and from $80 to more than $400 for associates – about three times faster than inflation.

A Consumer Law survey results indicate that most expensive 5 per cent of attorneys in the largest U.S. markets (New York, Los Angeles) are charge out at upwards of $725/hour.

The ABA Journal reported how bankruptcy rates saw three large law firms charging $1000 an hour for associates, let alone partners who can close to double that figure in a complex bankruptcy (or sometimes, even in a simple corporate bankruptcy if such creatures exist). The firms are Weil, Gotshal & Manges; Kirkland & Ellis; and Skadden, Arps, Slate, Meagher & Flom.

Top lawyers in London, including senior barristers, can hit heights beyond the Holder level and even 15 years ago when tax laws changed in England, top tax lawyers were charging a phenomenal £5,000 an hour.

Two London tax barristers – Graham Aaronson QC and John Gardiner QC – are thought to have earned £3 million each over that past year, while others earned somewhat less, but huge. 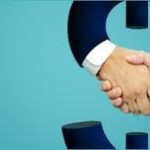