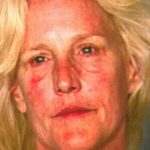 You’d have to say that anyone whose had a major hit movie named after them and, of course, about them, has had a better day than Erin Brokovich had on Sunday.

Erin the eco warrior was apprehended by police at Lake Mead near Las Vegas after a high breath test. The problem was boating with a high blood alcohol level. Although she said she did not operate the boat.

“That being said, I take drunk driving very seriously, this was clearly a big mistake, I know better and I am very sorry.

“After a day in the sun and with nothing to eat it appears that a couple of drinks had a greater impact than I had realised.”

Ah,well. Let’s cut her some slack and watch Julia Robert’s in one of the better scenes from the movie.