DENVER – Yesterday at approximately 0100 hours Bozeman Montana Police Officers and Park County Deputies in cooperation with the U.S. Marshals Service located and apprehended fugitive Gary Joseph Conti in Livingston, Montana.  Conti was wanted by the U.S. Marshals Service District of Colorado on the charge of Escape from a Federal Institution.  Conti was previously convicted of Fraud, Money Laundering, and Theft of U.S. government property and was sentenced to sixty months in federal prison.

On October 30th, 2015 Conti was absent from a prisoner count at FCI Englewood prison camp in Colorado and subsequently declared an escapee.

The USMS developed information that Conti had fled to his home state of Montana.  Just after 1pm on November 1, 2015 the Bozeman Police Department took a report of a residence which had been broken into on the south side of Bozeman. A Jeep was stolen from the residence and it was determined Conti had entered the residence and had stolen the vehicle. Just after midnight on November 2, 2015 officers from the Bozeman Police Department observed the stolen Jeep and attempted to stop the vehicle. Conti began to flee in the vehicle which reached high speeds.   Information was communicated to the Park County Sheriff’s Office and their deputies responded to the area near Livingston with spike strips. At the last minute, Conti changed the course of the stolen Jeep and collided head on with an unoccupied Park County Sheriff’s Office patrol vehicle. The collision happened near Livingston, Montana.   Fire and EMS resources from Park County were dispatched to provide medical care to Conti who had sustained injuries as a result of his crash. Conti was transported to a Livingston hospital for medical care. Conti was taken to a hospital with injuries and is currently in the custody of the District of Montana U.S. Marshals Service.

“Due to the exceptional and expeditious work of the U.S. Marshals Service, the Bozeman Police, and the Park County Sheriff’s Office,” said U.S. Marshal Kenneth Deal.  “this desperate and dangerous fugitive will face justice and is no longer a danger to other law enforcement officers and the public.”

The Colorado Violent Offender Task Force is led by the United States Marshals Service and is comprised of officers from several different federal, state and local agencies including Immigration and Customs Enforcement, and the Boulder County, Douglas County, Pueblo County, and Weld County Sheriff’s Offices. 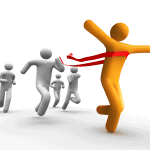