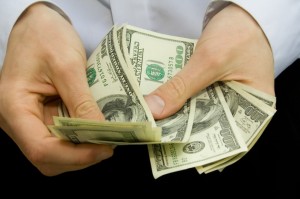 The uneasy and low-growth law industry is set for growth of around five per cent according to a new report released by Citibank and showing “cautious demand” for legal services during 2014.

Increased economic activity is likely to see an uptick in demand and greater transaction volumes according to the study.  2013 has not brought “seismic shocks” to the industry, the report says, but law firms are not altogether out of the woods. [wp_ad_camp_2]

While 2013 saw more of the same negative trends experienced in the legal industry during the post-recession years, positive demand momentum was evident in the second half of the year, which we believe will continue into 2014. However, we do not project a return to pre-2008 levels of performance. We believe that we have witnessed a fundamental shift in the market for legal services, resulting in a changed and more muted demand environment for law firms. While some elements of demand are cyclical, the fundamental changes described in our Client Advisory will require law firms to embrace and respond to a new reality. This Client Advisory describes the current and anticipated demand environment, and how law firms are responding to the prospects of a more modest market, by examining their best growth opportunities and seeking ways to deliver legal services more efficiently.

Driving this is our expectation that on the strength of improved demand and carefully managed headcount growth, we may see less excess capacity and a stabilizing of realization. Together with modest rate increases, we would expect stronger revenue growth than seen in 2013. We also expect to see a laser focus on efficiencies, resulting in expenses growing at a slower pace than revenue, easing pressure on margins. It’s also likely that the trend of careful equity partner headcount management will continue.

Looking beyond 2014, despite the projected uptick in demand, we believe that we have witnessed a systemic change in the demand for law firm services, and that excess capacity and pricing pressure will likely continue in the near future, continuing to put significant pressure on the bottom line in 2014 and beyond.

However, after years of cutting overhead expenses and headcount, investing heavily in technology, and increasingly concentrating on project and cost management, many law firms have become more able to respond to the demands of their clients. In addition, firms who have effectively implemented strategic expansion into international and domestic markets, either through organic growth, lateral hiring, mergers or alliances, are better positioned to serve the needs of their increasingly international clients in the post-recessionary environment.

That growth will not just benefit large corporations, but also middle market businesses, who are indeed the bread and butter of a large majority of law firms around the world.