TALLAHASSEE, Fla.—LawFuel.com – Attorney General Pam Bondi announced today that more than 14,000 Floridians will receive checks totaling more than $16 million this week as a result of the national Ocwen mortgage settlement. The checks, in the amount of approximately $1,150 per claim, are being distributed to eligible consumers who lost their homes to foreclosure between 2009 and 2012. Attorney General Bondi’s office played a leading role on the executive committee that helped negotiate the $125 million settlement between Ocwen and the attorneys general of 49 states, state banking regulators and the federal Consumer Financial Protection Bureau. The lawsuit alleged that Ocwen signed foreclosure-related documents outside the presence of a notary public and without personal knowledge that the facts contained in the documents were correct. Ocwen also allegedly committed various errors and abuses in their mortgage servicing processes. Consumers should expect their checks to arrive via mail this week. The checks are being mailed with a cover letter under the signature of Attorney General Bondi and Commissioner of the Office of Financial Regulation Drew Breakspear. The amount of payment for each claim was determined by the number of eligible claims submitted. To be eligible, consumers must have had their mortgage serviced by Ocwen Loan Servicing, Litton Loan Servicing or Homeward Residential Holdings LLC (previously known as American Home Mortgage Servicing) at the time of the foreclosure and must have lost their home to foreclosure between Jan 1, 2009 and Dec 31, 2012. Consumers must also have made at least three payments on their mortgage and the principal loan balance must have been less than $729,750 for a one-unit property. 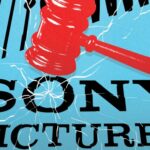