Changing the traditional law firm model is something that is working with great success in Australia and the United Kingdom.  The United States is much slower to grapple with the issue of introducing outside investment into law firms, but new law firm models continue to arise.

Lawyers like Axiom Legal’s Alec Guettel (pictured) have a mission to “save the lawyers”, usually from themselves.

He and a friend co-founded Axiom to free lawyers from the tyranny of the billable hour and they have done so, sparing clients massive fees that the conventional law firms require to keep themselves afloat.  And the quality of the work and the lawyer need not suffer.  Axiom has been able to satisfy the professional interest of its attorneys and match them with quality work, attracting lawyers who are more than happy to sacrifice the hallowed ground of the partnership, corner office. 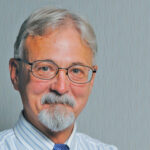 As Mark Dubois at the Conneticut Law Tribune writes, there are already law firm ‘disruptors’ in the US market – firms like Legal Zoom and Rocket Law – but many options and variable are at play here, which could play very well for both the law firms and their clients.

I had the privilege of hearing Chris Kenny of England’s Legal Services Board speak a few weeks ago at Harvard Law. He is the first administrator of the English government-based lawyer regulation system which recently replaced the traditional model where judges and courts regulate the bar.

While it might have been interesting to hear Kenny speak about how England has joined Australia in non-lawyer regulation of the bar, he instead spoke on the topic of how well non-lawyer investment in law firms has gone. It is a real success story.

There are now almost 300 firms in Great Britain with non-lawyer investors. The reasons for this conversion were many and varied. Nineteen percent of the firms sought non-lawyer investors solely for access to capital. Twenty-three percent added non-lawyers to manage the business aspects of their operations. Almost the same percentage did it so that they could convert their firms to multi-disciplinary practices. The rest of the conversions were for reasons such as tax efficiency, succession planning, to offer the public services previously offered only in-house and to expand existing businesses into the legal marketplace.

There were a number of concerns which had been voiced about allowing non-lawyer investment, including that the new, larger, well-funded legal service companies would abandon vulnerable consumer markets, would “miss-sell” legal services to those who did not need them, and that ethical and competence standards would suffer with the “Walmartization” of the profession. All of these were proven false. What happened, instead, was that more providers were able to offer more services to more clients at better prices.

Kenny went on to explain how certain internal pressures that came with having non-lawyer stockholders actually tended to drive up the rates of ethical compliance, as acting unethically threatens the financial viability of the enterprise and puts the management at risk of being removed.

Where legal services units are part of bigger corporate bodies, acting in a cavalier manner threatens the viability of the greater entity, and, thus, a climate of compliance is mandated, from the top of the organization down to the lowest rung of operations.

Christina Blacklaws, director of policy at something called Cooperative Legal Services, England’s version of the Legal Services Corp., then explained how they had used external investment to greatly expand the range of legal services they offer to the poor and those of modest means. The cooperative offers free legal services to those in need, and low-priced services to those who can afford something beyond the free offerings. External investment made this happen, and on a huge scale.

The Classes of Investment

Blacklaws described four classes of investors in law services companies: private equity investors looking for a return on investment; consolidators who wished to add legal services to a vertically-integrated business model; disruptors, such as Legal Zoom and Rocket Law, who wish to provide commoditized services directly to the public; and insurers who already were providing services to their insureds via captive counsel firms who wished to offer the same services to the consuming public.

Using Blacklaws’ model, it became apparent that despite our claims to the contrary, we already have a lot of non-lawyer investment in law firms. Many large law firms finance their operations with debt instead of equity. Though this is a much more expensive way to raise capital, the risk of loss of professional independence is the same for debt as it is for equity.

Frankly, I would suspect that lawyers who had signed personal guarantees on notes would be more likely to make business decisions that favored their lenders than those who had raised capital from stockholders. No one signs a personal guarantee that shares of stock will improve in value.

Legal Zoom, Rocket Law and many other providers are increasing market-share in the burgeoning field of legal services to the growing do-it-yourself market. Though Legal Zoom postponed its recent IPO, its CEO, who also spoke at the conference, made it clear that they are very profitable and are growing in new and more sophisticated areas.

Finally, most of us have dealt with insurance companies that have robust in-house legal arms. Thirty-eight states have now recognized lawyers in these captive firms as being in “dual client” relationships. Once you cross this Rubicon, adding additional clients to the mix is easy. Thus, if you use the English model as a standard, we are already well along the road to non-lawyer investment.

See: CT Tribune
What is your view?  Is the old model dead . . or dying?
Share the news
TwitterFacebookLinkedInPinterestRedditEmail