Over 13,000 civil claims involves cases where no lawyers are involved, causing concern for the Justice Minister who told The Herald, who obtained the information from the Ministry, that it could lead to New Zealanders “becoming prey to society’s powerful interests.”

The figures released by the Ministry were collected following comments from Chief Justice Chief Justice Helen Winkelmann (left) warned of a “justice gap”, because many can’t afford hefty lawyers’ fees.

Human rights lawyer Michael Bott told Mike Hosking a lot of people have a good brain for the law, but courts are very complicated.

“The thing is, for a lot of people, the procedural rules, the pleadings, the way its set out, your pleadings basically casts the die for the way the case proceeds. If you haven’t got a clue as to what’s going on, you can be outgunned and out manoeuvred.”

But he says a lawyer’s expertise is second to none.

“It still helps in those countries to have a lawyer basically frame the issues and provide legal issue. But also, you can’t beat good counsel at the day.” 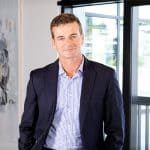 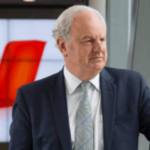