Geoffrey S. Berman, the United States Attorney for the Southern District of New York, announced today that PETER G. JOHNSON and PETER B. JOHNSON pled guilty today to defrauding a group of lenders (the “Banks”) by submitting false “borrowing base” reports designed to secure and maintain a $400 million line of credit for their cocoa trading company, Transmar Commodity Group Ltd. (“Transmar” or the “Company”). The defendants each pled guilty before U.S. District Judge Jed S. Rakoff.

U.S. Attorney Geoffrey S. Berman said: “As they admitted today, Peter G. and Peter B. Johnson, executives of a cocoa company that supplied some of the world’s largest chocolate companies, defrauded lenders out of hundreds of millions of dollars by continuously and repeatedly lying about the collateral their company was using to secure their loans. They now face prison for their actions.”

According to the allegations in the Indictment and other documents filed in federal court, as well as statements made in public court proceedings:

Transmar was a closely held, family-run cocoa commodity trading company. PETER G. JOHNSON was Transmar’s president and chief executive officer. PETER B. JOHNSON, the son of PETER G. JOHNSON, was an officer of Transmar, as well as responsible for the operations of Transmar affiliate Euromar Commodities GMBH (“Euromar”).

From at least 2014 through at least December 2016, Transmar maintained a credit facility from the Banks that varied from approximately $250 million to approximately $400 million. To secure and maintain these hundreds of millions of dollars in credit, PETER G. JOHNSON, PETER B. JOHNSON, and others schemed to misrepresent material information about Transmar’s finances, making it appear that Transmar had far more credit-eligible collateral than it actually had.

The scheme centered on periodic “borrowing base” reports (“BB Reports”) that the Banks required Transmar to submit, sometimes as frequently as weekly, as a condition to continued credit extension. The BB Reports were supposed to accurately reflect and quantify those portions of Transmar’s collateral that qualified for financing under the terms of credit agreements between Transmar and the Banks.

Beginning no later than 2014, Transmar employees, acting with the knowledge and at the direction of PETER G. JOHNSON and PETER B. JOHNSON, manipulated the BB Reports and related documents to give the false impression that Transmar had sufficient eligible collateral to support the amount of credit the Banks were extending. The manipulation involved, among other devices, counting inventory that Transmar had already sold or was otherwise ineligible for inclusion, counting accounts receivable for which Transmar had already received payment, recording fake accounts receivable, and arranging “circle” transactions through which amenable third-party intermediaries agreed to “buy” goods from Transmar with Transmar’s own money, funneled to the third parties through Euromar.

The defendants acknowledged their manipulative devices in internal Transmar correspondence. For example, on or about July 31, 2015, PETER G. JOHNSON sent an email to PETER B. JOHNSON discussing the use of “multiple circles” or “borrowing games” in connection with the BB Reports, and suggesting that Transmar “clean the book of these in due course and before they get questioned and exposed.” On June 14, 2016, PETER B. JOHNSON responded to an email regarding a circle transaction by lamenting, “this is the problem with fake circles and non-existent last minute intermediary deals, there is never a payment to settle them.” PETER B. JOHNSON then suggested that Transmar “reissue the invoices (ie change the date of issuance” because “[t]here isn’t going to be an audit [of the BB Report] for a year and its [sic] causing huge problems to keep writing up fictitious contracts and paperwork.”

Transmar filed for bankruptcy in December 2016. At that time, the Company owed the Banks approximately $360 million.

PETER G. JOHNSON, 69, of Harding Township, New Jersey, PETER B. JOHNSON, 38, of Morristown, New Jersey, each pled guilty to one count of conspiracy to commit bank fraud and wire fraud affecting a financial institution. That offense carries a maximum prison term of 30 years. The maximum potential sentences are prescribed by Congress and are provided here for informational purposes only, as any sentencing of the defendants will be determined by the judge.

The defendants are scheduled to be sentenced by Judge Rakoff on August 6, 2018.

Mr. Berman praised the outstanding investigative work of the Federal Bureau of Investigation.

This case is being handled by the Office’s Money Laundering and Asset Forfeiture Unit. Assistant U.S. Attorneys Benet J. Kearney and Daniel M. Tracer are in charge of the prosecution. 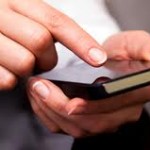