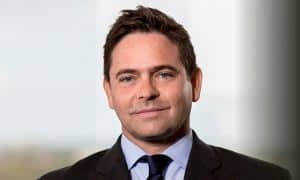 Geoffrey H. Berman, the United States Attorney for the Southern District of New York, announced today that WALTER C. LITTLE, a/k/a “Chet,” a former partner at an international law firm (the “Firm”), was sentenced today to 27 months in prison for conspiring to commit insider trading from at least February 2015 through May 2016. LITTLE pled guilty on November 9, 2017, before U.S. District Judge Katherine Polk Failla, who also imposed today’s sentence.

According to allegations in a Complaint and Indictment filed in Manhattan federal court, as well as previous court filings and statements made in public court proceedings:

LITTLE began working for the Firm as an associate in 2005 and eventually became a partner. The Firm provided legal services in connection with financial transactions and regulatory issues to a wide variety of clients. Those clients entrusted the Firm with nonpublic information when using its services. Contrary to Firm policies requiring that this information be kept secret and be used only for business purposes, LITTLE improperly accessed sensitive information on the Firm’s servers and used it to make profitable securities trades. LITTLE viewed numerous documents that contained material nonpublic information about, among other things, an anticipated delisting from the NASDAQ stock exchange, unannounced mergers and acquisitions, anticipated earnings releases, and a planned securities offering. All of these events had predictable impacts on the associated stocks’ prices, and, between February 2015 and May 2016, LITTLE made hundreds of thousands of dollars trading stocks and options based on the information contained in these documents.

In addition to trading on the information himself, LITTLE also provided the information to Andrew Berke, his business associate and friend, who also traded on it and made hundreds of thousands of dollars in illegal gains as well. At LITTLE’s request, Berke subsequently kicked back portions of his own profits to LITTLE through the use of fake legal invoices. Berke pled guilty on December 28, 2017, to his role in the scheme and is scheduled to be sentenced on April 17, 2018.

In addition to the prison sentence, LITTLE, 44, was sentenced to three years of supervised release. The Court further ordered LITTLE to forfeit a sum of $452,998.

Mr. Berman praised the work of the Federal Bureau of Investigation, and thanked the Securities and Exchange Commission for its assistance.

This case is being handled by the Office’s Securities and Commodities Fraud Task Force. Assistant United States Attorneys Robert Allen and Samson Enzer are in charge of the prosecution.