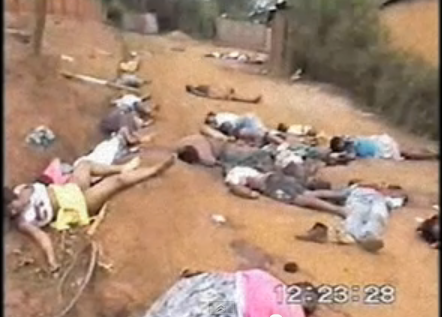 TwitterFacebookLinkedInPinterestRedditEmail
RIVERSIDE, California – A former Guatemalan Special Forces officer was sentenced today to serve 10 years in federal prison for covering up his involvement in the 1982 massacre of nearly everyone in the village of Dos Erres, Guatemala.
Jorge Sosa, 55, of Moreno Valley, received the statutory maximum sentence of 120 months in prison from United States District Judge Virginia A. Phillips.
Sosa was convicted by a federal jury on October 1 of one count of making false statements in immigration proceedings and one count of unlawful procurement of naturalized U.S. citizenship.
At today’s sentencing hearing, Judge Phillips also revoked Sosa’s U.S. citizenship that he was given after failing to disclose his role in the massacre of at least 162 men, women and children.
“Southern California is fortunate to be home to immigrants from all over the globe, some of whom have fled persecution in their native lands,” said U.S. Attorney André Birotte Jr. “But Mr. Sosa fled his native country after being a persecutor who played a direct role in the massacre of an entire village in Guatemala. Because he is responsible for war crimes and for failing to disclose his role in a human rights offense, Mr. Sosa will be incarcerated for a lengthy period of time and will no longer be welcome in our country.”
The evidence presented during last year’s trial showed that Sosa became an officer in the Guatemalan Army in 1976, was part of Guatemala’s elite Special Forces division called the Kaibiles and was an instructor at the Kaibil School. During this time, the Guatemalan Army was engaged in armed conflict with anti-government forces referred to as the “guerillas.” In early 1982, Sosa and other Kaibil instructors were chosen to be part of the Special Patrol, a small unit formed to combat guerilla forces. In early December 1982, the Special Patrol, including Sosa, was deployed along with approximately 40 other Kaibil soldiers to the village of Dos Erres to recover military rifles that had purportedly been stolen during a guerilla ambush of Guatemalan soldiers.  When the Special Patrol entered Dos Erres, the rifles were not found and there was no evidence of guerilla soldiers in the area.
According to the evidence at trial, while at Dos Erres, members of the Special Patrol then removed the villagers from their homes, separated the men from the women and children, and raped some of the young girls. To cover up the rapes, all of the villagers were brought to the center of the village, where the Special Patrol members systematically killed the men, women and children by, among other methods, bludgeoning them on the head with a sledgehammer, shooting them or throwing them into the village well while still alive.
Testimony from two Kaibiles who participated in the massacre revealed that Sosa supervised the Special Patrol soldiers as they filled the well with Dos Erres villagers. The evidence also showed that at some point during the massacre, a villager screamed out at Sosa from the well, and Sosa responded by cursing and shooting his assault weapon and throwing a grenade into the well.
Approximately 12 years after the massacre at Dos Erres, the Argentine Forensic Anthropology Team (Equipo Argentino de Antropologia Forense, or EAAF) exhumed the 40-foot well. At trial, a member of EAAF testified that the team found 162 skeletons in the well. Of those skeletons, 67 appeared to be those of children under the age of 12.
The evidence further showed that after Sosa became aware he was being investigated for unlawfully procuring citizenship, he fled the United States to Mexico and eventually traveled to Canada. Sosa was arrested in Canada and extradited to the United States to face these charges.
The jury found that when Sosa applied for lawful permanent residence in 1997 and naturalized U.S. citizenship in 2007, he knowingly omitted the fact that he was a member of the Guatemalan military and that he had committed a crime for which he had not been arrested. During the trial, a United States immigration official testified that had Sosa been truthful about his past, his applications for permanent residence and citizenship would have been summarily denied.
“Jorge Sosa helped orchestrate the ruthless massacre of innocent villagers, including dozens of young children, and then lied about his past to obtain refuge in the United States,” said Acting Assistant Attorney General Mythili Raman of the Justice Department’s Criminal Division. “And, today, he has been sentenced to serve 10 years in a U.S. prison. This prosecution demonstrates our resolve to deny safe haven to human rights violators and to ensure that these criminals are held accountable.”
Acting Director John Sandweg of U.S. Immigration and Customs Enforcement (ICE), stated: “ICE is dedicated to identifying and investigating alleged human rights violators hiding in the United States. Today’s sentencing reaffirms our commitment to ensuring that the United States not be used as a safe haven by those who have committed atrocities against mankind.”
Members of the public who have information about foreign nationals suspected of engaging in human rights abuses or war crimes are urged to call the toll-free ICE Homeland Security Investigations (HSI) tip line at 1-866-DHS-2-ICE or to complete its online tip form. Both are staffed around the clock. To learn more about the assistance available to victims in these cases, the public should contact HIS’s confidential victim-witness toll-free number at 1-866-872-4973. Tips may be provided anonymously.
The case was prosecuted by the United States Attorney’s Office for the Central District of California and Department of Justice, Criminal Division’s Human Rights and Special Prosecutions Section. The Criminal Division’s Office of International Affairs provided assistance.
The case was investigated by U.S. Immigration and Customs Enforcement’s Human Rights Violator and War Crimes Unit and Homeland Security Investigations. 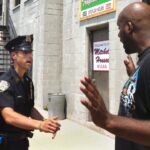 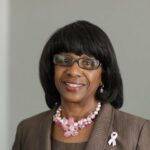