Manhattan U.S. Attorney Preet Bharara said: “Melvin Lowe’s corrupt actions were another example of a political figure in New York State putting his own personal greed ahead of the public’s trust.  I hope that today’s sentence will send yet another powerful signal to any public official who questions the resolve of this office to root out public corruption.”

According to the Complaint, the Indictment filed in federal court and the evidence presented at trial:

LOWE was retained as a consultant by the DSCC after New York State Senator John Sampson was appointed as the Senate’s Democratic Conference Leader following the June 2009 “coup” that temporarily shifted the balance of power in the New York Senate from the Democrats to the Republicans.  In early June 2010, Sampson asked LOWE to arrange for a covert payment of $20,000 to Michael Nieves, a Queens-based political operative who had previously worked for former New York State Senator Hiram Monserrate and who had helped engineer the resolution of the Senate coup that had brought Sampson to power.  LOWE then arranged for a New Jersey-based political consultant to submit a false invoice to the DSCC for $100,000 in printing services.  Sampson approved payment of the invoice and the DSCC sent $100,000 to the New Jersey-based consultant.  LOWE instructed the consultant to send $20,000 of the proceeds to Nieves, $75,000 of the proceeds to LOWE’s consulting company, and to keep $5,000 for himself.  The jury heard evidence that LOWE and Senator Sampson had a close relationship of trust that included LOWE giving Sampson an envelope of cash.

In addition to the prison sentence, LOWE, 53, of Manhattan, was sentenced to three years’ supervised release.

Mr. Bharara praised the outstanding investigative work of the Internal Revenue Service – Criminal Investigation and the investigators from the U.S. Attorney’s Office for the Southern District of New York.

This case is being handled by the Office’s White Plains Division.  Assistant United States Attorneys Perry A. Carbone and James McMahon are in charge of the prosecution. 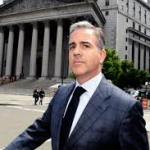 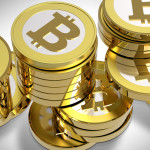