Geoffrey S. Berman, the United States Attorney for the Southern District of New York, announced that AVTANDIL KHURTSIDZE, a former world boxing champion and the chief enforcer for Razhden Shulaya, was sentenced to 10 years in prison by United States District Judge Katherine B. Forrest, following KHURTSIDZE’s conviction in June on charges of racketeering and fraud conspiracy.

Manhattan U.S. Attorney Geoffrey S. Berman said:  “Avtandil Khurtsidze, a former middleweight boxing champion and heavyweight enforcer for the Shulaya Enterprise – a massive ‘elite’ criminal enterprise of the former Soviet Union – was convicted of intimidating and punishing associates of the organization.  Thanks to our dedicated law enforcement partners around the globe, Khurtzide’s reign of extortion and violence has been halted, as he is now sentenced to 10 years in federal prison.”

According to the Indictments filed in Manhattan federal court, previous court filings, and statements made at public court proceedings:

The Shulaya Enterprise was an organized criminal group operating under the direction and protection of Razhden Shulaya, a/k/a “Brother,” a/k/a “Roma,” a “vor v zakone” or “vor,” which are Russian phrases translated roughly as “Thief-in-Law” or “Thief,” and which refer to an order of elite criminals from the former Soviet Union who receive tribute from other criminals, offer protection, and use their recognized status as vor to adjudicate disputes among lower-level criminals.  As a vor, Shulaya had substantial influence in the criminal underworld and offered assistance to and protection of the members and associates of the Shulaya Enterprise.  Those members and associates, and Shulaya himself, engaged in widespread criminal activities, including acts of violence, extortion, the operation of illegal gambling businesses, fraud on various casinos, identity theft, credit card frauds, trafficking in large quantities of stolen goods, money laundering through a fraudulently established vodka import-export company, payment of bribes to local law enforcement officers, and the operation of a Brooklyn-based brothel.

AVTANDIL KHURTSIDZE, formerly a middleweight boxing champion, acted as Shulaya’s chief enforcer and, as such, engaged in multiple acts of extortion and violence.  KHURTSIDZE was captured on video twice assaulting others in service of the Shulaya Enterprise, participated in recorded acts of extortion of gambling debts, and planned additional acts of violence with Shulaya targeting associates of the Shulaya Enterprise whom KHURTSIDZE and Shulaya perceived as having disrespected Shulaya’s status as a vor.

KHURTSIDZE also participated in a scheme to defraud casinos by targeting particular models of electronic slot machines using a complicated algorithm designed to predict the behavior of those machines.  Shulaya and other members of the Enterprise obtained the technology used to commit that fraud through violence, including through the 2014 kidnapping of a software engineer in Las Vegas.  KHURTSIDZE, working at Shulaya’s direction, then assisted in refining that technology by training lower-level members of the Shulaya Enterprise to execute this casino scam using smartphones and software developed by the Shulaya Enterprise.

Following a two-week trial before the Honorable Katherine B. Forrest, KHURTSIDZE was found guilty of one count of racketeering conspiracy and one count of wire fraud conspiracy.

In addition to the prison term, KHURTSIDZE, 38, of Kutaisi, Republic of Georgia, was sentenced to two years of supervised release

Mr. Berman praised the outstanding work of the Federal Bureau of Investigation and its Eurasian Organized Crime Squad, as well as U.S. Customs and Border Protection, and the New York City Police Department for their investigative efforts and ongoing support and assistance with the case.

The prosecution of this case is being overseen by the Office’s Violent and Organized Crime Unit.  Assistant U.S. Attorneys Andrew C. Adams, Andrew Thomas, and Andrew Chan are in charge of the case. 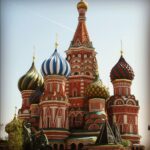