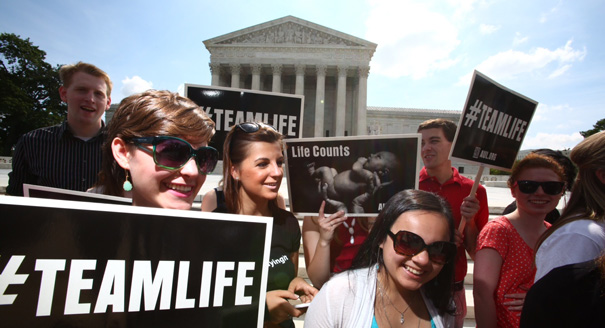 The rights of free speech have taken on an important “buffer zone” consideration, with the US Supreme Court ruling that a Massachusetts zone that restricted free speech within 35 feet of abortion clinics was too big.

The ruling does not directly affect other buffers established outside abortion clinics by states and cities across the country. Still, abortion opponents greeted it as an important victory and suggested it would force a rethinking of those other laws.

Supporters of abortion rights went further, warning that the ruling puts every other fixed-distance buffer at risk of future lawsuits.

“If you were a betting man, you would bet that they’ll all go,” said Roger Evans, senior counsel at the Planned Parenthood Federation of America.

All nine justices concluded that the Massachusetts law was unconstitutional, but the justices were split on why, with Chief Justice John Roberts appearing to be the swing vote. He joined the court’s liberal block, Justices Ruth Bader Ginsburg, Stephen Breyer, Sonia Sotomayor and Elena Kagan, in saying that the law’s limits on speech were too broad.

“Here the Commonwealth has pursued [public safety] interests by the extreme step of closing a substantial portion of a traditional public forum to all speakers,” Roberts wrote for the court. The extent of those zones “burden substantially more speech than necessary to achieve the commonwealth’s asserted interests.”

The other justices, the court’s four conservatives, said the law was unfairly aimed at anti-abortion speech because it restricted protesters but not clinic employees.

Buffer zones elsewhere in the country tend to be smaller, specifying distances such as 8 feet or 15 feet. The justices did not establish what distance would be acceptable but made a veiled suggestion that a smaller space would be legal in Massachusetts. 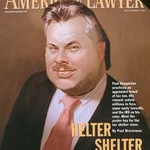 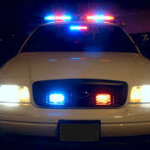