Richard Susskind is a voice who is listened to by lawyers with ever-increasing interest – if not intensity.  His views on where law and lawyers are going has resonated with increasing volume about the law profession.  So what is the future of Big Law, he’s asked (among other things). 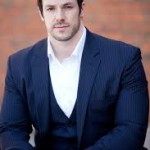 Forbes’ contributor David Parnell, who is due to have his own book on failed firms published in April, believes the “clouds are gathering on the horizon” for Big Law, noting that “much of today’s legal leadership stands steadfast, choosing reiskly to meet the juggernaut head on.”

He notes, however, that there is till hope if the legal leaders, or titans as he calls them, remain both astute and flexible.

He interviewed Richard Susskind on everything from the UK Legal Service Act, which unleashed a deregulated law profession onto the UK legal world – and maybe even the rest of the world, too – as well as the major strategic issues facing law firms – things like some partners being paid more than they’re worth.

Why, Susskind asks, are lawyers still doing the repetitive, administrative and process-based work which could be ‘farmed out’, as is increasingly occurring in Britain with provincial firms handling the more routine work and the big-paying clients providing Big Law with the more difficult and expensive work.

By working on their processes, law firms could become much more profitable if they focus on the important difference between process and advisory work.

Then there is the issue of ‘competitive advantage’ – the Big Law firms who have a brand to protect.  But – and here’s a key Susskind question:  How different are they, really?