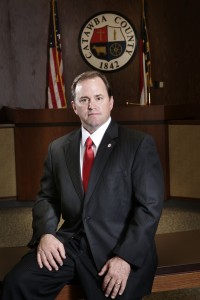 Racy text messages, gropiing and pestering for dates are all allegations made in a lawsuit by a former prosecutor who worked for a North Carolina DA who proclaims his conservative values and beliefs.

The lawsuit was filed in federal court by Whitney Nicole Shaffer, who worked as one of Gaither’s assistant district attorneys from February 1, 2013 until May 5, 2013.

During that time, the complaint alleges, Gaither rubbed Shaffer’s thigh while the pair rode in a car together. She claims at one point that Gaither texted her: “I’ve laid hands on you and love the feel of your body.”

The lawsuit also raises questions about Gaither’s conduct as district attorney. It alleges that he drank while driving and told Shaffer he was a powerful man who would use his office to do legal favors for friends.

The suit says she resigned after the workplace became so intolerable due to Gaither’s “constant sexual harassment” and her “fear of violence.”

Gaither is married and a father of four. He’s been the DA since 2002 and gained national attention during the Zahra Baker homicide case. Zahra, 10, was killed and dismembered in 2010. Her stepmother, Elisa Baker, pleaded guilty to second-degree murder and was sentenced to 15 to 18 years in prison.

Gaither is running for re-election and is battling David Learner for the Republican nomination. The runoff is July 15.

In an interview Thursday, Gaither denied Shaffer’s allegations and said they were politically motivated. Learner couldn’t be reached for comment. 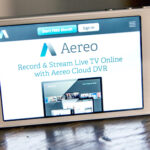