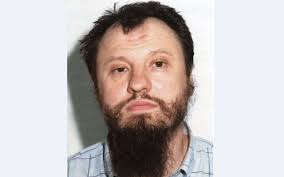 Manhattan U.S. Attorney Geoffrey S. Berman said: “Christian Ganczarski, a German national, allegedly provided critical support to the most prolific terrorists of our time. Today we publicly announce charges against Ganczarski alleging that he participated in the planning of plots to kill Americans with high-level al Qaeda terrorists Khaled Shaikh Mohammad, Usama bin Laden, and others. The unsealing of the indictment exemplifies this Office’s commitment to the relentless pursuit and prosecution of those who seek to harm Americans.”

Acting Assistant Attorney General Dana J. Boente said: “According to the superseding indictment, between 1999 and 2001, Ganczarski regularly interacted with members of al Qaeda leadership who were responsible for terrorist operations, and provided them with the knowledge and technology to carry out attacks against the U.S. military and its allies. This case demonstrates the National Security Division’s resolve to find and bring to justice, terrorists who target U.S. interests in any part of the world. I want to thank all of the prosecutors, agents and analysts who made this result possible.”

FBI Assistant Director William F. Sweeney Jr. said: “As alleged, Ganczarski willingly supported the goals of al Qaeda, immersing himself in social circles that included the likes of Usama bin Laden and one of the future hijackers in the September 11 attacks, among others. He allegedly participated in efforts to kill Americans by providing technological support and guidance, and arranged meetings between senior officials in the organization and other like-minded individuals bent on future attacks against U.S. interests. While he’s spent the past fifteen years behind bars in France, we haven’t forgotten his allegiance to those who have threatened our interests both at home and abroad. We will continue to work with our international partners to mitigate the threat of global terrorism, bringing to justice everyone who participates in or materially supports this crime.”

NYPD Commissioner James P. O’Neill said: “As alleged, Christian Ganczarski worked for al-Qaeda, lived in its camps and guest houses. He rubbed shoulders with Osama Bin Laden and the men who planned and executed plots from the bombing of US embassies in East Africa that killed 225 people, to the 9-11 attacks that cost 3000 lives, most of them here in New York City. Ganczarksi allegedly provided al-Qaeda with expertise in logistics, computers, radio communications and the maintenance of weapons systems that would be used against Americans soldiers after the 9/11 attacks. This case is another example of the work of the FBI agents and NYPD detectives of the Joint Terrorism Task Force. There is no time too long, or place to far, or suspect out of reach when it comes to bringing terrorists, or those who aid them to justice.”

As alleged in the Superseding Indictment unsealed in federal court:[1]

Al Qaeda is an international terrorist organization dedicated to opposing non-Islamic governments with force and violence. The organization was founded by Usama bin Laden and Muhammad Atef, a/k/a “Abu Hafs el Masri” (“Abu Hafs el Masri”), and was headquartered in Afghanistan since approximately 1996. Bin Laden served as the leader or “emir” of al Qaeda until his death on or about May 2, 2011.

Al Qaeda has a command control structure that included a majlis al shura (or consultation council) that discussed and approved major undertakings, including terrorist operations. Bin Laden and Abu Hafs el Masri sat on the majlis al shura of al Qaeda, as did others, including Saif al Adel. Khaled Shaikh Mohammad, a/k/a “Mukhtar,” devised, planned, and facilitated terrorist operations for al Qaeda, and he also assisted in the preparation of promotional media used by al Qaeda to advertise its terrorist agenda and attract recruits.

GANCZARSKI, a German citizen born in Poland, traveled from Germany to Pakistan and Afghanistan on at least five separate occasions between 1999 and 2001. During these trips, GANCZARSKI became associated with al Qaeda and developed personal relationships with bin Laden, Abu Hafs el Masri, al Adel, and Mohammad. GANCZARSKI lived at times with his family at al Qaeda’s fortified compound near Kandahar, Afghanistan. At other times, GANCZARSKI lived in guest houses and other facilities operated by al Qaeda in Afghanistan. GANCZARSKI participated in al Qaeda’s efforts to kill Americans in a number of ways, such as providing al Adel and other al Qaeda members with technological guidance and hardware, including computers, radios, and other communications equipment.

In approximately January 2000, GANCZARSKI attended a speech delivered by bin Laden at al Qaeda’s headquarters in Kandahar. The January 2000 speech was attended by at least 100 men, including, among others, many significant al Qaeda leaders and terrorists, such as at least one of the plotters in the August 1998 bombings of the U.S. Embassies in East Africa, and one of the future hijackers in the September 11, 2001, attacks on the United States (the “September 11 Attacks”). During the speech, GANCZARSKI sat in the front row with al Adel’s son in his lap.

In approximately March 2000, GANCZARSKI attended a meeting in Karachi, Pakistan, between Mohammad and a member of Jamaah Islamiyah (“CC-1”), a Southeast Asia terrorist organization, at which U.S. and Israeli targets for terrorist attacks were discussed. Following the meeting, GANCZARSKI helped transport CC-1 and a written communication from Mohammad to al Qaeda’s fortified compound in Kandahar, where GANCZARSKI spoke to bin Laden and took CC-1 to meetings with al Adel and Abu Hafs el Masri at which potential attacks on U.S. and Israeli interests were further discussed.

GANCZARSKI was in Germany at the time of the September 11 Attacks, and he indicated after the attacks that he had been aware that a significant event was about to occur. In approximately early October 2001, GANCZARSKI returned to Afghanistan and met with other members of al Qaeda, including al Adel. In approximately November 2001, GANCZARSKI and others attempted to repair anti-aircraft missiles controlled by al Qaeda that were not functioning, so that the missiles could be fired at U.S. military aircraft flying in the area at the time.

GANCZARSKI was arrested in France in 2003, and subsequently convicted of offenses under French law relating to a 2002 al Qaeda attack on a synagogue in Djerba, Tunisia. GANCZARSKI has been incarcerated in France since being convicted.

The Superseding Indictment charges GANCZARSKI, 51, with four counts. A chart containing a description of the charges and their maximum penalties is attached. If convicted on all counts, GANCZARSKI would face a maximum sentence of life in prison. The maximum potential penalties are prescribed by Congress and are provided here for informational purposes only, as any sentencing of the defendant would be determined by the judge.

Mr. Berman and Mr. Boente praised the extraordinary investigative work of the FBI’s New York Joint Terrorism Task Force – which principally consists of agents from the FBI and detectives from the New York City Police Department – for the critical role they played and continue to play in the investigation of GANCZARSKI and his co-conspirators. In addition, Mr. Berman thanked the Department of Justice’s National Security Division and Office of International Affairs.

This case is being handled by the Office’s Terrorism and International Narcotics Unit. Assistant U.S. Attorneys Emil J. Bove III and Amanda L. Houle are in charge of the prosecution, with assistance from Trial Attorney David Smith of the National Security Division’s Counterterrorism Section.

The charges contained in the Superseding Indictment are merely allegations, and the defendant is presumed innocent unless and until proven guilty.

[1] As the introductory phrase signifies, the entirety of the texts of the Superseding Indictment, and the descriptions of the Indictment and the Complaint set forth herein, constitute only allegations, and every fact described should be treated as an allegation.

Maximum sentence of life in prison

Maximum sentence of 15 years in prison on each count

Maximum sentence of 15 years in prison