Audrey Strauss, the United States Attorney for the Southern District of New York, Kathy A. Michalko, Special Agent in Charge of the New York Field Office of the United States Secret Service (“USSS”), and New York Police Department (“NYPD”) Commissioner Dermot Shea, announced the arrest today of TRACII SHOW-HUTSONA on wire fraud and identity theft charges.  Specifically, SHOW-HUTSONA is charged with embezzling more than one million dollars as part of a confidence scheme.  SHOW-HUTSONA used her position as a personal assistant to funnel money from her victim’s financial accounts, including the victim’s children’s college savings accounts, into her own spending account in order to fund a lavish lifestyle.   SHOW HUTSONA was arrested on February 17, 2021, and was presented in federal court in the District of Arizona before United States Magistrate Judge Michelle H. Burns.

U.S. Attorney Audrey Strauss stated:  “Traccii Show-Hutsona, a personal assistant and founding partner of Elite Lux Life, branded her concierge service as the ‘VIP Concierge Company (SPECIALIZING IN THE GOOD LIFE) Jets-Yachts-Vacation Rentals-Exotic Vehicles.’ As alleged, Show-Hutsona afforded herself the same swanky accommodations she promised her clientele – only she did so with their money.  Thanks to our partners at the NYPD and U.S. Secret Service, Tracii Show-Hutsona’s alleged high-flying confidence scheme has now been grounded, and she faces embezzlement charges in federal court.”

USSS Special Agent-in-Charge Kathy A. Michalko stated:  “The U.S. Secret Service remains focused on bringing those who commit financial crimes to justice.  The accused was employed by the victim and allegedly used her position to embezzle over one million dollars for her own personal gain.  Due to the tireless investigative efforts of the Secret Service and the New York City Police Department, the accused will answer the charges against her in the Southern District of New York.”

NYPD Commissioner Dermot Shea stated:  “As alleged in this federal complaint, Tracii Show-Hutsona turned her clients into victims, betraying their trust to carry out her own embezzlement scheme. I applaud the work done in this case by our NYPD investigators and our partners in the United States Secret Service and the United States Attorney’s Office in the Southern District of New York to make sure this individual would be brought to justice.”

According to the allegations in the Complaint unsealed today[1]:

TRACII SHOW HUTSONA, a/k/a “Tracii Show,” a/k/a “Tracii Show Vician,” was the “founding partner” of Elite Lux Life, a full-service concierge firm that “accommodates the most discerning traveler” and is the “go-to service for wanting to enjoy the very best life has to offer.” In its social media posts, Elite Lux Life markets itself as a “VIP Concierge Company (SPECIALIZING IN THE GOOD LIFE) Jets-Yachts-Vacation Rentals-Exotic Vehicles.”

SHOW HUTSONA was previously convicted in federal court in 2008 for committing fraud and aggravated identity theft in connection with the submission of fraudulent invoices for a staffing agency in Japan, in another fraud scheme.  See United States v. Show Vician, 08 Cr. 0058 (C.D. Cal. Oct. 16, 2008).

SHOW HUTSONA, 52, of Phoenix, Arizona, is charged with one count of wire fraud, which carries a maximum sentence of 20 years in prison, and one count of aggravated identity theft, which carries a mandatory consecutive sentence of two years in prison.  The statutory maximum sentences are prescribed by Congress and are provided here for informational purposes only, as any sentencing of the defendant will be determined by the judge.

Ms. Strauss praised USSS and the NYPD for their outstanding work on this case and noted that the investigation is ongoing.

This matter is being handled by the Office’s Complex Frauds and Cybercrime Unit.  Assistant United States Attorneys Timothy V. Capozzi and Michael C. McGinnis are in charge of the prosecution. 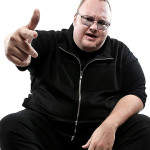 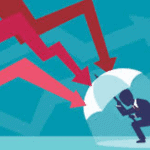