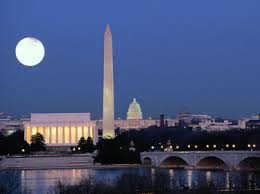 January 14, 2015, Washington, D.C.– Reed Smith LLP today announced that Larry Block has joined the firm as a partner in its Government Contracts and Grants Team in Washington, D.C., which is part of the firm’s Global Regulatory Enforcement practice.

Block was formerly a partner in the Washington office of Stinson Leonard Street, where he led the government contracts practice.

“Larry is a skilled litigator and knowledgeable counselor with an impressive record of bid protest work on behalf of companies contracting with defense as well as civilian agencies,” said Lorraine Campos, co-leader of Reed Smith’s Government Contracts and Grants Team.  “His arrival advances the growth of our government contracts practice as clients seek not only representation in litigation but also daily advice and consultation on administrative, performance, and compliance issues.”

“Reed Smith’s government contracts practice combines depth with an unmatched international platform,” said Block.  “Moreover, the firm offers clients the compelling combination of a team well-versed in all aspects of the contracting process, along with attorneys practicing in related areas such as import/export regulation and employment law.  I am excited at the prospect of contributing to Reed Smith’s work for clients in Washington and around the globe.”

Larry received his J.D. from George Washington University Law School and spent 17 years at Stinson Leonard Street and its predecessor firm, becoming a partner in 2002.  He has represented large and small contractors, 8(a) contractors, not-for-profit organizations, and individuals in government contract matters related to federal and state agencies.  He has litigated pre-award and post-award government contract matters before Boards of Contract Appeals, the U.S. Government Accountability Office, the Court of Federal Claims, SBA Office of Hearing and Appeals, state courts and federal district courts.  Larry consults regularly with contractors on administrative and performance issues relating to government contracts, including:  the applicability of federal procurement regulations; evaluations of solicitations; drafting bids, joint venture and teaming agreements; disputes, claims, and requests for equitable adjustment; use of subcontractors; size appeals; assisting with DCAA audits; defense of debarment/suspensions, and fulfillment of minority subcontracting requirements.

Block’s recognitions include being named among “Best Legal Minds” by Washingtonian Magazine.  He also has been named a Washington, D.C., “Super Lawyer” in the Government Contracts category for the past two years.

“Larry brings a record of achievement in bid protests and other litigation, along with extensive knowledge of federal procurement regulations and the issues involved in doing business with the government,” said Gary Thompson, the firm’s Washington, D.C., Managing Partner.  “His arrival further enhances the D.C. office’s ability to advise and represent existing government contracting clients and enables us to provide new clients with such services.”

Block joins Reed Smith’s Government Contracts & Grants Team, comprised of approximately 30 business, regulatory and dispute resolution lawyers in 12 office locations throughout the United States, Europe, Asia and the Middle East who regularly provide legal advice to clients around the world.  In the United States, the Team’s attorneys represent government contractors and grant recipients in critical matters at all stages of the procurement process:  from contract and grant award, through compliance (including affirmative action obligations) and administration, to ultimate close-out.  Team attorneys also handle a variety of disputes involving bid protests, performance issues, pre- and post-award audits, investigations and allegations of fraud. 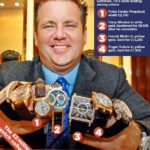 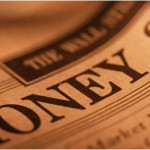