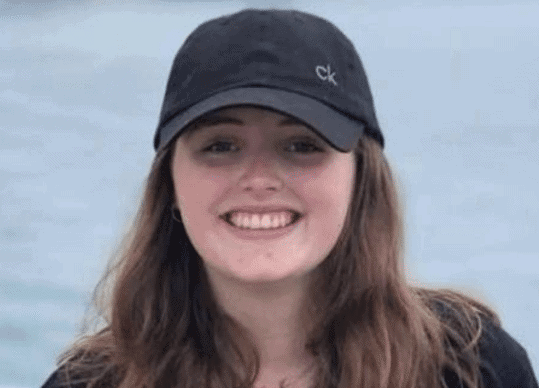 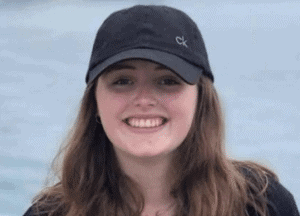 The murderer of Grace Millane has lost his appeal against conviction and sentence, but the 28 year old still has name suppression.

The man was sentenced to life imprisonment with a non-parole period of 17 years for the murder of Millane, 21, in a case that drew global attention for its defence relating to alleged consensual rough sex.

On Friday, Justice Stephen Kos, Justice Patricia Courtney and Justice Mark Cooper released their decision and dismissed the man’s appeal against his conviction and sentence.

The Appellant made a final, successful attempt to keep his name secret by appealing to the Supreme Court on the same day and the Court made the order until further notice just hours before the Court of Appeal decision was released.

Justice Kos said the trial judge Justice Simon Moore did not err in removing consent from the jury other than in relation to manslaughter.

“The Court also finds no credible narrative of consent, or honest belief in consent, established on the evidence.”

At the Court of Appeal in August, appellate lawyer Rachael Reed QC, said there were four grounds on which the trial process had miscarried and relating to the emphasis was placed on the element of consent, expert evidence adduced at the trial, the probability of death occurring from the strangulation, and the negative evidence given by other women about the man’s character.

Reed said that although no person could consent to their own death, but the jury should have considered whether Grace consented to the application of pressure to her neck, and whether the man exceeded the bounds of her consent.

“Did he have time to realise [consent] had occurred prior to her death and if he did, did he maintain an honest belief in consent at that time?

“Consent shouldn’t be removed just because someone has died,” she said.

MEDIA RELEASE — FOR IMMEDIATE PUBLICATION
K (CA106/2020) v THE QUEEN [2020] NZCA 656
PRESS SUMMARY
This summary is provided to assist in the understanding of the Court’s judgment. It does
not comprise part of the reasons for that judgment. The full judgment with reasons is the
only authoritative document. The full text of the judgment and reasons can be found at
www.courtsofnz.govt.nz.

1. The Court of Appeal today released a judgment dismissing the appellant’s appeals against
conviction and sentence for the murder of Grace Millane.

4. In the following days, the appellant took various steps to conceal what had occurred.
However, by Wednesday 5 December the police had begun a missing persons investigation
in relation to Ms Millane and by the following Saturday, 8 December, the appellant had been
charged with her murder.

5. The appellant pleaded not guilty and his trial commenced on 4 November 2019. Much of
the factual background was not in contention, and the defence accepted that the appellant
had caused Ms Millane’s death by manual strangulation during sexual intercourse. The key
issue was whether the appellant had the mental state required for either intentional murder
pursuant to s 167(a) of the Crimes Act 1961 or reckless murder pursuant to s 167(b).

7. The jury returned a guilty verdict to the charge of murder on 22 November 2019.
On 21 February 2020, Moore J sentenced the appellant to life imprisonment with a minimum
period of 17 years’ imprisonment, finding that s 104(1) of the Sentencing Act 2002 was
engaged on the facts of this case, on the basis that Ms Millane was particularly vulnerable
(s 104(1)(g)) and the murder was committed with a high degree of callousness (s 104(1)(e)).
8. The appellant appealed both his conviction and sentence to the Court of Appeal.

The primary ground of appeal against conviction was that the Crown had to disprove consent
(or an honest belief in it) to obtain a conviction for reckless murder under s 167(b).
Other conviction appeal grounds related to the admission of probability evidence and
the Judge’s directions on expert and propensity evidence. In terms of the sentence appeal,
it was said that the Judge should not have found s 104(1) of the Sentencing Act was engaged,
compelling a minimum term of 17 years, and the minimum term was therefore manifestly
excessive.

9. The judgment is delivered by the President of the Court of Appeal, Justice Stephen Kós,
joined by Justices Mark Cooper and Patricia Courtney.

10. On the primary issue the Court holds the Crown was not required to disprove consent (or an
honest belief in it) as part of the s 167(b) charge. Consent is not available as a matter of law
where there is an intent to cause injury known to be likely to cause death, that risk is run,
and death ensues. It followed that the Judge did not err in the pre-trial ruling he made,
removing consent from the jury (except in relation to manslaughter), and the question trail
he posed to the jury was entirely correct. The Court also finds no credible narrative of
consent, or honest belief in consent, established on the evidence. (Paragraphs [62] to [93]
of the judgment.)

12. Thirdly, the Judge’s summing-up also directed the jury appropriately on the pathology
evidence. Three experts were called in relation to this evidence, four potential mechanisms
resulting in death were canvassed and force and time required to effect each were explained
and then tested in cross-examination. The summing-up provided a clear summary of the
competing expert opinions on cause and time without offering detailed evaluation, analysis
or endorsement, given no issue as to admissibility of the competing views had arisen.
That was the proper course for the Judge to have taken. (Paragraphs [127] to [132] of
the judgment.)

14. Fifthly, as to sentence, the Court finds the judge was correct to find that s 104(1) of
the Sentencing Act was engaged here. The provision was engaged in two respects.
First, Ms Millane was particularly vulnerable, being intoxicated, in a strange apartment,
naked, in the arms of a complete stranger with whom she thought she had “clicked” (and
could therefore trust), and with his hands about her throat. Secondly, the Judge was correct
in finding the murder of Ms Millane was committed with a high degree of callousness,
having regard to the appellant’s attitude to the likely struggles of Ms Millane (and certain
lapsing into unconsciousness), disregard for her condition when he went then to take a
shower, failure to call for assistance when appreciating her condition, and then searching on
the internet for methods of body disposal, looking at pornography online, taking intimate
photographic images of Ms Millane’s naked body, looking again at pornography online,
taking steps preparatory to disposing of the body, and going on another date while
Ms Millane’s body remained in his room. This behaviour was indicative of a wholly
self-regarding wickedness throughout the incident and its aftermath, i.e. callousness, that
called for the punitive response provided for in s 104(1). Nor, in these circumstances, was
the minimum term of 17 years manifestly unjust. (Paragraphs [161] to [168] of
the judgment.) 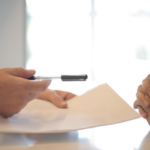 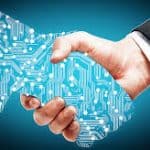