There’s a lot law firms are doing these days to attract and retain business.  And quality staff, for that matter. A good office environment has always been one of the keys and in the increasingly competitive world of modern law practice, the physical surroundings of the firms is all-important – never more so than today.

While firms are being cautious about square footage, they are still spending big on amenities.

Lavishing money and thought on parts of the workplace that visitors are likely to notice is a trend also playing out in other industries, including private-equity investment, advertising and technology. Real-estate industry players say having the resources to host meetings in the office is as much about branding as about cost savings.

Since moving into its current space in February, Mayer Brown has hosted dozens of events, ranging from large deal closings to sports-watching parties. The firm’s reception area can turn into a bar, and clients can linger with a drink in a living room-like lounge after spending the day doing business in one of the 19 conference rooms, Mr. Spehr said. 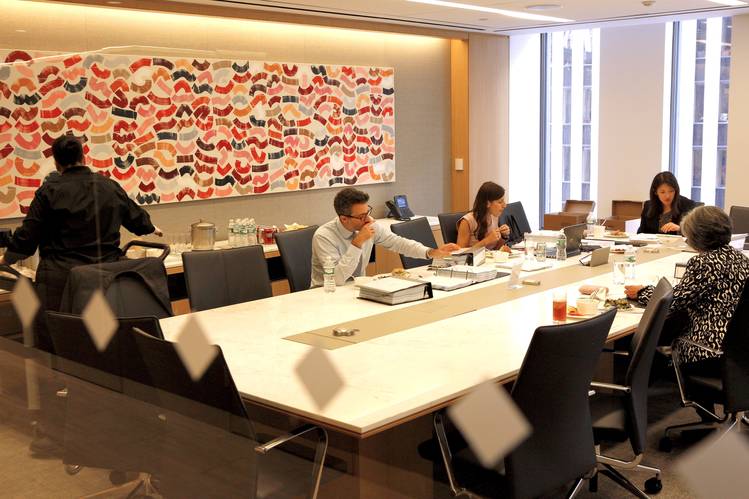 As the WJS reports:

Law firms are aware that making an office too nice can deter clients who wonder if they are the ones footing the bill. Michael Heller, president and chief executive of Cozen O’Connor PC, said client perception is why his firm chose not to take the highest floors in the building for its new Philadelphia headquarters. “It isn’t space that’s too opulent,“ he said.

Some clients think the new focus on office amenities is misguided. “The law firms who believe in-house counsel want to see them with marble tables and cappuccinos made to order are really fooling themselves,” said Veta Richardson, president and CEO of the Association of Corporate Counsel.