What are the most lucrative and growing legal practice areas in 2019 and 2020
You are here: Home / Law Firms / Updated: Growing Legal Practice Areas for Lawyers in 2019 and 2020 : From Blockchain to Cannabis Law
62 / 100
Powered by Rank Math SEO
SEO Score 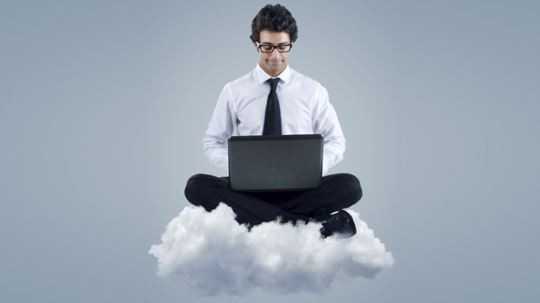 Growth areas for law in 2019 continue to challenge – and excite – the legal profession. There are a growing number of fast-growing legal fields for lawyers to exploit.

A range of key new areas of law continue to emerge.  Several have been around for some time – such as intellectual property law, but others are newer and continue to grow strongly, like cannabis law, which has become one of the most lucrative areas of law.

We know that there is growing demand for greater specialisation in a range of areas from mergers and acquisitions, to transactional and regulatory work, as well as in all the new areas of law.

According to a Robert Half Legal survey, 60 per cent of lawyers said their organizations have experienced at least some difficulty in finding skilled legal talent – so that must mean opportunity, right?

Being flexible is also important, a point noted in a recent ABA Journal interview with legal recruiter Valerie Fontaine, who noted –

if you are doing real-estate finance deals, you also want to make sure you know how to do restructuring and insolvency. You want to know how to do the other side because, like I said at the beginning of the program, practice is cyclical because the economy is cyclical.

The growth in technology is ubiquitous and IP issues abound. Those with a knowledge of anything in that broad area touching every part of our lives from entertainment and sport to healthcare and education can look toward major opportunities emerging.

New platforms and delivery systems are emerging that is changing the way people operate, but it all opens up the key intersection between the law and technology.  The growth in IP law is only going to grow even further, perhaps enhanced also by the China/US trade war and its issues relating to IP protection.

In 2017, U.S. consumers spent $8.5 billion on legal cannabis, a number projected to grow to $23.4 billion by 2022. With that growth has emerged an entire ecosystem of startups and law firms attending to the range of issues relating to the newly-legalized product.

The #Metoo revolution  has unleashed a number of law firms who are working to develop their practices around sexual harasment, gender discrimination and related issues.

Some, like Quinn Emmanuel who have actually taken the #MeToo revolution to create a plaintiff-side litigation division focused on representing those who are the victims of sexual assault or harassment.

Firms anywhere can stumble into cultural blunders and social media backlashes that can have a highly detrimental effect upon business and reputation.

If they fail to understand the current social climate and know what employment policies should be applied, then the #MeToo scandal can break out with lawyers – representing victim or perpetrator – will be to the fore.  A fast-developing area.

Drones were once confined to military use but the increased usage by governments, industry and commerce, as well as individual use, means that they have become a key area of legal interest.

Drones are of course now being used for a myriad of purposes – from law enforcement to delivering parcels and filming sports events, movies or animals.

. A recent report by PricewaterhouseCoopers estimated that drones could add £42bn to the UK economy alone by 2030. But their use poses significant legal and regulatory issues.

Aviation law has traditionally governed drones, but the challenge now is to ensure the law and regulations take into account the new users who see drones as just another tool to do their job, whether it be surveying or marketing.

Across the Western World the baby-boomers are going to increasingly require healthcare services and healthcare and regulatory services related to them are going to be extremely important and points of hot growth.

In the US, there’s still going to be lots of disagreement, litigation and disputes over the Affordable Care Act or its successor.

Regulatory schemes that go into making that workable. And so, healthcare, regulatory, and transactional lawyers are going to be hot.

As populations increase and we live longer, so too does the requirement for elder law.  In the US, for instance, there is projected growth of those over 65 years of age to reach more than 20 per cent of the population by 2020.  Similar growth in the older population is predicted in the UK, Canada, Australia and elsewhere.

Elder Law will play an ever more critical role in advocating and protecting the rights and wellbeing of older adults, many of whom have complicated medical issues. This area of law may also interact with Healthcare and Family Law with key legal issues such  as medical care, insurance, wills, end of life, trusts, guardianship and a range of other issues.

Climate change issues, environmental concerns and the need to increase regulation in many areas of activity in many countries, has opened the door to significant legal work.

The growing interest in sustainability and increase in environmental regulation has opened doors in this practice area. Career opportunities may lie in helping corporations understanding their environmental liability, at an NGO advising litigation against malicious companies, or drafting legislation on energy policy. Work for energy law yers will likely increase as oil and gas industries grow and externalities like climate change and greenhouse gases create greater environmental issues. Advanced knowledge of regulations, commercial contracts, and relevant statutes is essential in this specialty. 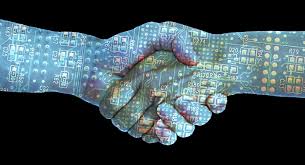 Where would we be in 2018 without the Blockchain – one of the 2017 highlight topics exemplified by the overriding obsession with Bitcoin, which is based on this increasingly significant area of legal work.

LawFuel wrote recently about Blockchain’s growth in the legal field with its application to contractual and other work almost unbounded and growing daily.  The lawyers who can seize the upper, Blockchain ground will find themselves in an increasingly unassailable position as corporates, individuals, NGOs and even governments will often struggle to see how the digital platform actually works and its impact upon their business.

Many corporations are growing their in-house labor force expertise while others become increasingly dependent on outside law firms. This specialization ranges across a variety of areas ranging from collective bargaining to discrimination, benefits and compensation and more.

2018’s opportunities for law firms is significant, but the fields – such as the Blockchain – will twist some heads to ensure the opportunities are also met efficiently and profitably.

Mike Hammell writes about law issues for a variety of legal publications, law firms and others.