Law firms in China continued to grow during 2014, fueled mainly by M&A and regulatory work and the US firms surveyed by China Daily say they expect the trend to continue this year.

“The volume, deal size and sophistication of US acquisition matters from our China-based clients have steadily increased in the past several years. We anticipate continued growth in 2015,” said Thomas Albrecht, managing partner Asia-Pacific region with Chicago-based Sidley Austin LLP, which has offices in Beijing, Hong Kong and Shanghai.

Miranda So, a Davis Polk & Wardell LLP corporate partner in Hong Kong, said the China practice was “busy” in 2014 and expects to remain busy in 2015. Davis Polk, based in New York, has offices in Beijing and Hong Kong.

Paul Marquardt, partner at New York-based Cleary Gottlieb Steen & Hamilton LLP, which maintains offices in Beijing and Hong Kong, said after a period during which Chinese investors appeared convinced that any China-linked deal would face protectionist backlash via a review process from the Committee on Foreign Investment in the United States (CFIUS), Chinese acquirers are now confident in addressing CFIUS.

“We’ve been involved in transactions with major Chinese State-owned enterprises, private companies, and investors that demonstrate that even in potentially sensitive sectors such as energy and telecoms deals can still be done,” Marquardt said.

Davis Polk’s So said capital markets, M&A and regulatory enforcement were the top areas for the firm’s China practice last year. “Many of the largest deals we work on are cross-border transactions that involve teams from both our China and US office.

“Our Hong Kong and Beijing offices have grown significantly in the last few years,” So continued. “On the US side, we are focused on recruiting the best talent from US law schools who are interested in practicing law and developing a career in China. Ten years ago, all of our US associates would start in our US offices and work there for a few years before transferring to China. Now, we recruit law school graduates and encourage those who are interested to start hitting the ground right away in China.”

Albrecht said Sidley Austin client concerns in 2014 included manufacturing and technology issues. “As the deals have grown in sophistication and complexity, it has become more important to have the deal lawyers located in a time-zone friendly jurisdiction to interface with opposing counsel and other US- based professionals involved in the transaction.

In other words, the involvement of our US-based colleagues has increased,” he said. 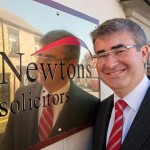