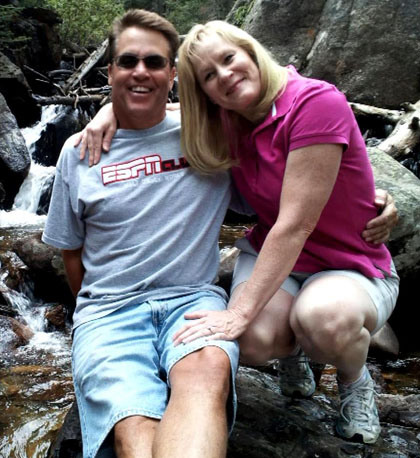 TwitterFacebookLinkedInPinterestRedditEmail
DENVER – Harold Henthorn, age 58, of Highlands Ranch, Colorado, was arrested without incident this morning by Special Agents with the National Park Service (NPS) and the Federal Bureau of Investigation (FBI), with substantial support from the Douglas County Sheriff’s Office, following his indictment on First Degree Murder, the agencies announced.  The indictment was returned by a federal grand jury in Denver yesterday, November 5, 2014.  Henthorn is scheduled to make his initial appearance before U.S. Magistrate Judge Kathleen M. Tafoya at 2:00 p.m. today, where he will be advised of his rights and the charges pending against him.
According to the indictment, on or about September 29, 2012, in the State and District of Colorado, and within the jurisdiction of the United States, namely the Rocky Mountain National Park, Henthorn willfully, deliberately, maliciously, and with premeditation and malice aforethought did unlawfully kill his wife, Toni Henthorn.
If convicted, Henthorn faces a mandatory term of life in federal prison without the possibility of parole, as well as a fine of up to a $250,000.
“The indictment charges Henthorn with the first degree murder of his wife in Rocky Mountain National Park,” said U.S. Attorney John Walsh.  “The United States Attorney’s Office will work tirelessly with the National Park Service and the FBI to ensure that justice is done for the victim and her family.”
“The National Park Service is always concerned for the protection of our visitors,” said Mark Magnuson, Rocky Mountain National Park Chief Ranger.  “When a violent crime such as this occurs in a national park, one of our nation’s most treasured places, we work hard to ensure that those responsible are held accountable and the victim and the victim’s family are afforded justice.  In this case, we will continue to work closely with the FBI and the U.S. Attorney’s Office toward a just resolution.”
“Working with our partners from Douglas County and the National Park Service, FBI agents took Henthorn into custody this morning,” said FBI Denver Division Special Agent in Charge Thomas Ravenelle.  “As with all defendants, Henthorn will now be afforded his day in court after an extensive investigation.”
This case was investigated by the National Park Service and the Federal Bureau of Investigation.  The Douglas County Sheriff’s Office provided assistance during the investigation and arrest.
The charge in the indictment is an allegation, and the defendant is presumed innocent unless and until proven guilty. 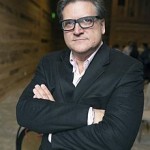