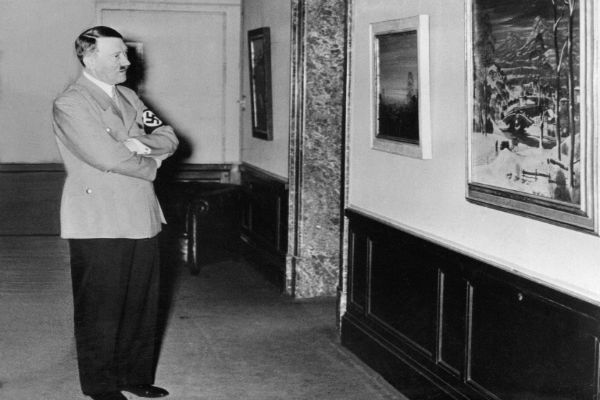 The 1639 Painting by Salomon Koninck Titled “A Scholar Sharpening His Quill,” Was Looted by the Nazis from the Schloss Family During World War II

Geoffrey S. Berman, the United States Attorney for the Southern District of New York, and William F. Sweeny Jr., the Assistant Director-in-Charge of the New York Field Office of the Federal Bureau of Investigation (“FBI”), announced today the filing of a civil forfeiture action seeking the return to its rightful owner of a painting looted by the Nazis during World War II.  The piece, A Scholar Sharpening His Quill, painted in 1639 by Salomon Koninck (the “Painting”), was allegedly stolen from the children and heirs of renowned Jewish art collector Adolphe Schloss.  Schloss was a prominent Jewish art collector in Paris whose large collection of Old Master paintings (the “Schloss Collection”) was regarded as among the most significant private collections of Dutch and Flemish paintings assembled in prewar France.

Manhattan U.S. Attorney Geoffrey Berman said:  “As alleged, this 1639 Old Master painting was owned by the Schloss family before it was stolen by the Nazis in France and transported to Munich to Hitler’s personal headquarters.  We can never reverse history and undo the horrors committed at the hands of the Nazis.  But we are steadfast in our determination to remember those who suffered and do what we can to return what was taken.”

According to the Complaint filed today in Manhattan federal court:

During World War II, the Nazis created a division known as the Einsatzstab Reichleiter Rosenberg (the “ERR”) in order to “study” Jewish life and culture as part of the Nazis’ propagandist mission against the Jews.  Principally, the ERR confiscated artworks and other cultural holdings of “the enemies of the Reich” on a massive scale, and registered and identified those artworks – even photographing them – thereby leaving behind a detailed record of the works that they stole.  ERR records and photographs of art and cultural artifacts looted by the Nazis are digitized and available in an online database created by the Conference on Jewish Material Claims Against Germany, and this database includes a photograph of the Painting taken by the ERR during World War II.

The Painting resurfaced in November 2017, when a Chilean art dealer (the “Consignor”) attempted to sell the painting through a New York-based auction house.  When the Painting arrived in New York from Chile, it was determined that it was the Painting came from the Schloss collection and had been looted by the Nazis.  When the Consignor was informed of this, the Consignor stated that her father had purchased the Painting from Walter Andreas Hofer in Munich in 1952.  Hofer was Hermann Göring’s chief purchasing agent and as such was a key player in the confiscation and looting of Jewish art collections during the Nazi era.  In 1950, after being tried in absentia by a French military tribunal for his role in art plundering during World War II, Hofer was found guilty and sentenced to 10 years in prison.

The U.S. Attorney’s Office and the FBI are seeking forfeiture of the painting so it can be returned to its rightful owners, the Schloss family.

The case is being handled by the Office’s Money Laundering and Asset Forfeiture Unit.  Assistant U.S. Attorney Thane Rehn is in charge of the case.