LOS ANGELES – A Hollywood man who allegedly sold fentanyl to buyers he met on Craigslist was indicted today on federal charges of selling the powerful synthetic opioid to a customer who suffered a fatal overdose.

Andrew Madi, 25, was charged by a federal grand jury with one count of distribution of a controlled substance resulting in death. If convicted, Madi faces a mandatory minimum sentence of 20 years in federal prison and a statutory maximum sentence of life imprisonment.

According to court documents filed in this case, Madi is an opioid dealer who used the Craigslist website to sell fentanyl to the victim on July 3, 2018. Fentanyl is a synthetic opioid that is 50 times more powerful than heroin.

Forensic review of the victim’s cellular telephone that his family provided to federal law enforcement showed that the victim contacted a narcotics dealer – who was later identified as Madi – after viewing a Craigslist post that Madi had created advertising the sale of  “roofing tar,” which is code for black-tar heroin. The victim then communicated via text messages with Madi, court documents state, during which Madi allegedly said he was out of “roofing tar,” but had some “China white” that carried a money-back guarantee if the victim did not like the drugs.

Madi met with the victim at a shopping complex in West Hollywood, where he had .65 grams of “China white” ready for the victim, according to a criminal complaint filed last week.

Hours later, Madi allegedly contacted the victim via text message and asked how the victim was doing, to which the victim responded that the drug was “pretty powerful,” and noted that “this white does the job that’s for sure.” Madi allegedly gave the victim a tip on how to smoke the China white. The forensic review of the victim’s telephone showed that the victim did not purchase drugs from any other dealers prior to his death, court papers state.

On July 6, the victim’s father discovered the victim dead in his apartment. The Los Angeles County Coroner’s Office investigation concluded that the victim died of a fentanyl overdose. Coroner’s investigators also found in the victim’s bedroom a smoking instrument that bore fentanyl residue and a baggie that contained .32 grams of fentanyl.

Law enforcement officials investigating the case later discovered that the “roofing tar” Craigslist advertisement was linked to Madi, and identified other Craigslist posts dating to at least March 2018 in which Madi advertised the sale of fentanyl, heroin and Xanax, according to the complaint.

Madi was arrested pursuant to the criminal complaint on December 3. At his initial court appearance that day, he was ordered held without bond by a United States Magistrate Judge.

Madi’s arraignment is scheduled for December 21.

This matter is being investigated by the Drug Enforcement Administration.

This case is being prosecuted by Assistant United States Attorney Benjamin Barron of the Organized Crime Drug Enforcement Task Force. 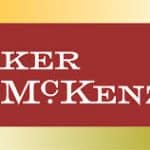