You are here: Home / featured / How a Half Billion Dollar Lawsuit Help “Karma” Lawyer James Daily Become The Legal Success Story He Is Today

It’s an unusual way for any lawyer to develop a success legal practice, but for James Daily facing a $500 million lawsuit and the feds helped make him the lawyer he is today – a millionaire founder of a successful boutique law firm.

“I see myself as Karma. If someone F’s with the universe, I’m going to F with them. I will set it right“

In 2010 Daily was facing the major lawsuit following a Wall Street Journal story that painted him as party to misdeeds over the failure of a financial organization involving an $800 million asset portfolio that he was a trustee for.

As a whisteblower in respect of an embezzlement at the fund he was faced with retribution in the form of a fictitious story sent to the WSJ.

He beat the lawsuit and is today a highly successful attorney in jobs ranging from helping the FBI go undercover to protecting citizens from exploitation by dictators.

As a profile in Entrepreneur.com reported, today, at 53, Daily is a self-made millionaire and founding partner of his law firm, which helps high-profile clients with fiduciary abuse litigation, including fraud, crisis management, and business and family disputes.

His own experiences, personally and professionally, assisting clients in a range of different areas has taught him some key lessons on how to survive and prosper.

“The people who survive are the ones who can adapt to change,” says Daily, who is living proof of this and whose practice has adapted along the way.

Seeing so many clients through crises has taught the attorney some lessons on how to survive and thrive.

He is now working with the State Department using his experience with fiduciary abuse to help protect citizens of international countries from exploitation by dictators.

“I want to help people from countries who have had their resources stolen by their own leaders,” he told Entrepreneur.

In fighting for their rights, Daily insists that people are more powerful than they think.

“Even the smallest dog can lift its leg on the tallest building.” Daily clearly isn’t afraid to lift his proverbial leg. “I’ve sued big publicly traded corporations, with billions behind annuity sales.”

Harvey Weinstein: 5 Things to Know About His Anti MeToo Lawyer 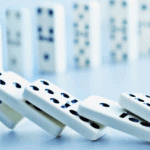