John Bowie – The young lawyer at the centre of the Law Society’s latest #Metoo mess, Canterbury law graduate Matt Taylor will hardly need any introduction when he knocks on law firm doors seeking a job, as report indicate he is doing.

Taylor, a law blogger – yes, yet another – is the 23 year old who has blogged about the #Metoo issue and the Law Society’s handling of it, among other matters. As the centrepiece in the so-called ‘super injunction’ imbroglio he has now received Zoe Lawton-style publicity, but regrettably without the value-add that emerged from the Lawton blog.

Whatever one thinks of the Law Society’s handling of issues – words like ‘woeful’ and ‘ill conceived’ come to mind – the fact that Matt Taylor failed to communicate appropriately with the Society over the content mistakenly forwarded to him by the them is hardly something that covers him in glory either.

Instead, rather self importantly, he writes that the results of the email were “distressing” and he was further distressed, one imagines, because he was unable to talk to anyone other than his lawyer about the matter.

But he could talk to the Law Society, who had texted, left voice messages and emailed to attempt to secure his undertaking that he would not publish the content.

No response from the young social media player who decided the issue was “like a weight” that went on for months.

Presumably his extreme distress, akin perhaps to a sexual harassment event in its own way, was such that he was rendered digitally speechless.

Except he wasn’t. He was carrying the whole #Metoo world on his shoulders, writing “That public confidence has been undermined with the widespread issues of sexual harassment, sexual assault, and bullying in law firms. This has been exacerbated by an inadequate response from the Law Society. Without significant action these issues have the potential to continue and escalate to the level of the Catholic Church sexual abuse scandal.”

In granting his injunction on March 28, Justice Churchman (right) noted that Taylor had failed to respond to 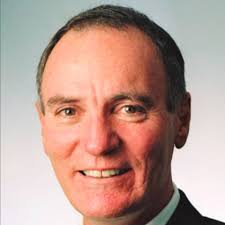 “many different forms of communication to him” noting that it raised a legitimate concern as to his publishing the content.

His failure to reply was due to his seeking legal advice.

So why could he not reply saying, for instance, to say: “I am seeking legal advice”.

He did note that he had responded the night before the injunction was granted followed the distress-created delays.  And the Law Society in turn incorrectly asserted they had not heard from him (since corrected, as below) but only the evening before the court application which, Matthew Taylor says, would have cost the Law Society at least $10,000 as if somehow vindicating his inaction.

The money, he notes, could better be spent handling harassment complaints.  Too true.  And by providing an explanation earlier and doubtless writing on the #Metoo issue later he could have assisted in that process.

Perhaps litigation should not be the young blogger’s first port of call when seeking legal employment. 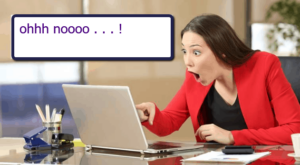 The press release issued by the Law Society was published by LawFuel here, but clarification was subsequently sought in terms of the issuance of the super injunction.

The ‘clarification’ was as follows:

The New Zealand Law Society wishes to correct suggestions that it attempted to hide a breach of privacy, and to address misconceptions about the use of an injunction.

Reports allege that the Law Society sought an injunction to stop publication of information about a breach of privacy in order to cover up its actions.

“Our motivation was to provide the highest degree of protection to those affected by the privacy breach and to the information itself.”

A mistake by a Law Society staff member led to a privacy breach.

“As soon as we discovered the breach we made repeated efforts to contact the person to whom the information had been sent. There was no response until after the order had been sought from the court. After the proceedings were filed an email was received from the recipient but it did not provide the Law Society with the assurances it had sought. The Law Society considered it had no choice but to continue with the proceedings. The email from the recipient was put before the court,” Ms Beck says.

“The information was highly confidential. We could not be satisfied the information had been deleted or be assured about the intentions of the person who had received it, so the Law Society had to take urgent steps to protect the privacy and confidentiality of those affected.”

An injunction and suppression orders were sought and granted by the Court.

“The Law Society never intended nor asked that these orders would stay in place indefinitely. They were vital measures to protect the privacy of the information and those it affected,” Ms Beck says.

“We had no intention of preventing any reporting of our breach of privacy. This was made clear to the person who received the information throughout. Our primary concern has always been to protect the privacy of those affected as effectively as possible.

“The time taken between the Court granting the injunction and making the order on Thursday 2 August was longer than had been anticipated. This was due to the Law Society trying to secure an agreement with the recipient of the information and the media organisation that would continue to protect the confidential information and would not compromise the privacy of the affected individuals when the injunction was lifted.

“The Law Society had to ensure the information had been deleted, had not been shared and would not be used in the future. The injunction was the strongest and most efficient way to fulfil this duty,” Ms Beck says.