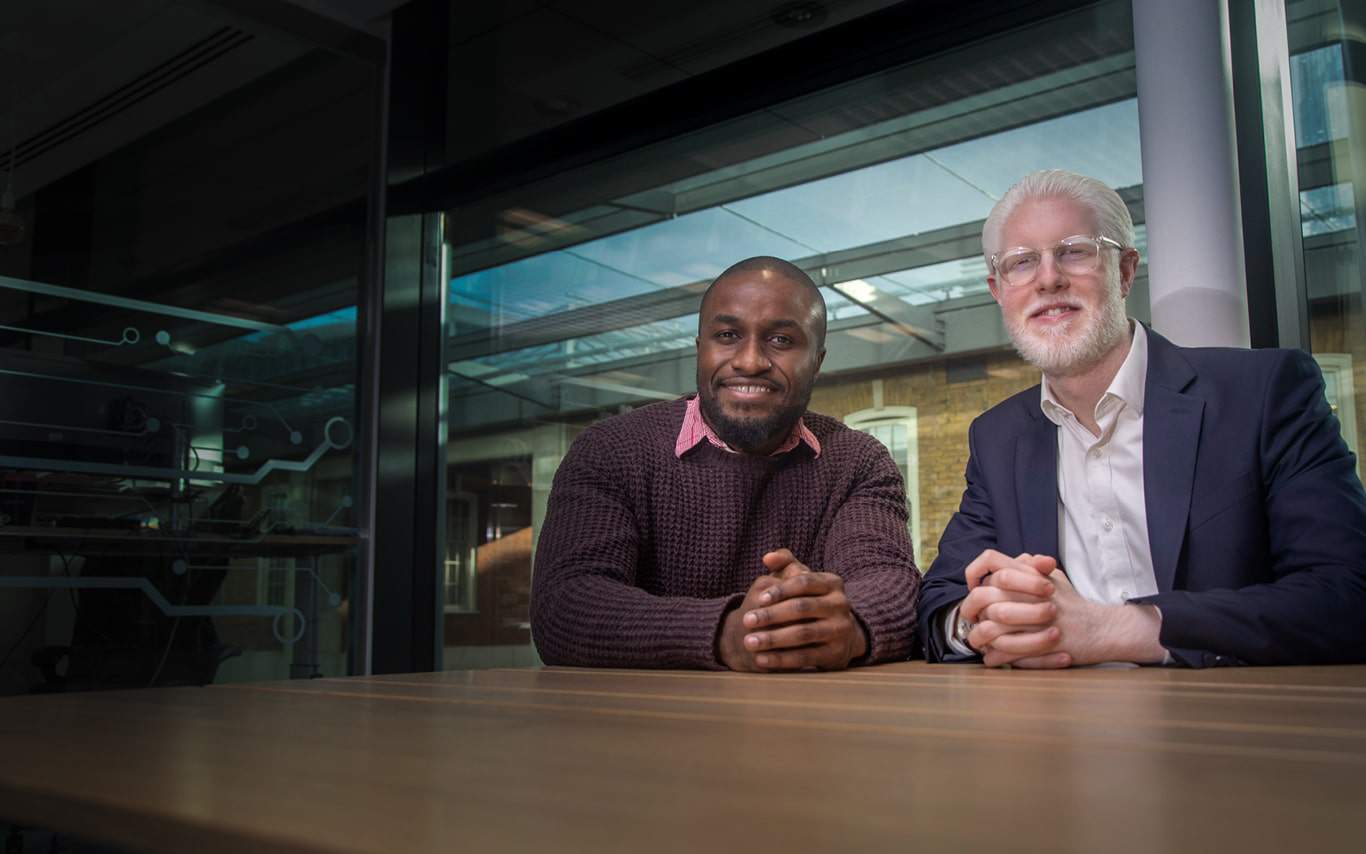 Allen + Overy – The story of Define, a start-up company currently working within A&O’s tech innovation space, Fuse, is one that has deep significance for how the legal profession and other industries support talented people with disabilities.

The company is the brainchild of two former lawyers, Feargus MacDaeid – who is visually impaired and registered blind – and Nnamdi Emelifeonwu.

They found themselves thinking about how to make it easier for Feargus to carry out his role, particularly the detailed and painstaking work of reviewing and revising lengthy legal documents.

It didn’t dawn on them at first, but what they were tackling was actually an issue that all lawyers face – the difficulty of accessing relevant information as quickly and efficiently as possible when reviewing long legal documents.

It’s a dilemma that Ghazi AbuYounis, a banking associate in the Allen & Overy London office who is visually impaired, knows well and he is eager to try out their new technology.

A solution for all

Feargus and Nnamdi were sure they could come up with a tech solution – one that would mean spending less time searching and more time working.

As Feargus puts it: “You definitely notice the efficiency drag when you are visually impaired, even with something as simple as accessing information that’s already in the document. That’s the direction we tackled the problem from and the question we asked was simple – ‘if the information is in the document, why is accessing it so complicated?’”

Neither class themselves as technology experts but they set about building a prototype – extremely slow and full of bugs at first – but developed enough to prove the concept had real potential and to persuade them to leave their professions and set up Define.

Now with an international team of five, including three full-time technologists, they have a system that is ready to be commercialised and are hoping to close a seed funding round in early 2020.

What they have created is a 360° review and redrafting tool that plugs into Microsoft Word. The terms that need to be checked or changed pop up on the right hand side in easy-to-read dialogue boxes, so the reviewer can make changes on the go and in real time, without ever losing context.

When working on long documents, Ghazi relies on magnifying software plugged into his computer, a reading device that displays hard copy text onto his screen and his own system of colour coding to highlight comments that he needs to action. “For anyone with a disability, having the right technology can make all the difference. We just need to be creative in how we use it. Keeping ahead of the technology curve will help us compete in an already highly competitive environment.”

“In the end it’s about striking a balance between getting people to shift the way they work slightly and adapting technology to enable us to work in a more efficient way.”

Ghazi has always been upfront at work. “I try to have open and honest conversations about my impairment with others. People are very supportive, but sometimes, unwittingly, they do forget.”

Sadly, Ghazi’s open approach is still rare in the industry. Research by the Solicitor’s Regulation Authority has found that only 3% of disabled lawyers are happy to be open about their disability at work.

Feargus was always open too, and adds: “I never marketed myself as disabled, but as someone of ability who happens to have a disability”.

However, time away from the legal industry has allowed him to reflect more deeply on the challenges disabled lawyers face, many of which are hidden.

“It’s almost like you are doubly impaired”, he says. “You have your physical disability, then compounding that you have the psychological pressures – the performance and status anxiety.”

“It’s what goes on in your head that people don’t see. I find the mental pressure of coping with the disability a lot more difficult than the disability itself.”

Ghazi has always enjoyed tremendous support from A&O. “We are a global business and we should make sure that all colleagues are well supported, enabling them to perform at their very best, wherever they are in the world”, he says.

People often fear technology. But if Define’s solution turns out to be a game-changer for all lawyers and not just people who are visually impaired or have dyslexia, it might help shift attitudes.

As Nnamdi puts it: “It wasn’t until we did the prototype that I realised how much difference the technology would make to the legal industry as a whole”.

Feargus agrees this was a pivotal moment.

“Really what was one person’s problem turned out to be everyone’s solution.” 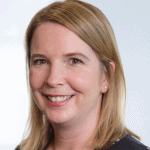