It may be more usual for US law firms to steal a march on their City-based competitors in London, but for Freshfields’ their 2020 move to Silicon Valley and poaching of legal talent is paying off in terms of deals.

Reuters report that Freshfields’ July 2020 launch of their Silicon Valley office has seen a growth in deals and total US deals have amounted to $76 billion with strong growth in tech deals following the West Coast move. 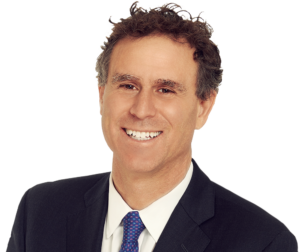 The move has been expensive for the firm in terms of legal talent and recruitment.  A recruiter in a lawsuit filed against Freshfields in 2019 estimated the firm offered Ethan Klingsberg (pictured) who joined from Cleary Gottlieb Steen & Hamilton that same year, $10 million in annual compensation, which Freshfields say is inaccurate.  Klingsberg is the firm’s head of M&A and Corporate.

The US move was unusual when many Big Law firms were cutting costs during the pandemic, but Freshfields have lured lawyers after starting with their existing partners Pamela Marcogliese and Alan Ryan, who focuses on antitrust, and five lateral partner hires. Sarah Solum, the office’s managing partner, joined from Davis Polk & Wardwell, where she had handled the initial public offerings of Etsy Inc and DocuSign Inc.

And so the Freshfields’ growth continued.

Joseph Halloum joined the firm from Kirkland & Ellis and  it also hired former National Security Agency deputy general counsel Brock Dahl as a counsel based in Silicon Valley and D.C.

The firm’s global managing partner Alan Mason has moved to the United States, splitting his time between the New York and Silicon Valley offices. The team is moving to a bigger office, too, Solum said.

“Demand has been strong,” Solum said. “So I anticipate that we’ll continue to grow.”

Freshfields has 350 U.S.-qualified lawyers out of more than 2,800 lawyers and other legal professionals in 28 offices globally, according to its website.

The Best SEO Service For Law Firms in 2022 (and beyond)

The Great Law Firm Resignation – Where Will It End?