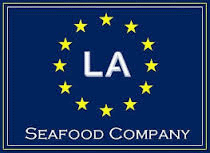 WASHINGTON – The U.S. District Court for the Central District of California entered a consent decree of permanent injunction against L.A. Star Seafood Company Inc. of Los Angeles and its corporate officers Sima Goldring and Sam Goldring to prevent the distribution of adulterated seafood products, the Department of Justice announced today.

The department filed a complaint in the U.S. District Court for the Central District of California on Jan. 5, at the request of the U.S. Food and Drug Administration (FDA), alleging that the company’s seafood products are produced under conditions that are inadequate to ensure the safety of its products. The complaint alleges that L.A. Star Seafood imports, receives, prepares, processes, packs, holds and distributes ready-to-eat smoked and salt-cured seafood, including cold-smoked mackerel and steelhead trout, and pickled herring and sprats. The complaint also alleges that Sima Goldring and Sam Goldring are L.A. Star Seafood’s corporate officers with the authority and responsibility for preventing and correcting violations of federal law at the company.

In conjunction with the filing of the complaint, the defendants agreed to settle the litigation and be bound by a consent decree of permanent injunction that prohibits them from committing violations of the federal Food, Drug, and Cosmetic Act (FDCA). The consent decree requires L.A. Star Seafood to cease all manufacturing operations and requires that, in order for the defendants to resume distributing seafood products, the FDA first must determine that its manufacturing practices have come into compliance with the law.

“L.A. Star Seafood was repeatedly informed that the sanitation practices at its facility were deficient,” said Acting Assistant Attorney General Benjamin C. Mizer of the Justice Department’s Civil Division. “The failure to actively plan for and control the presence of bacteria and neurotoxins commonly found in seafood processing facilities can pose a serious risk to the public health.”

According to the complaint, FDA inspections in 2013 and 2014 documented a pattern of insanitary conditions resulting in the presence of Listeria monocytogenes (L. mono). These insanitary conditions were the result of deviations from current good manufacturing practices, such as not adequately cleaning surfaces and utensils used for cutting fish. Further, the FDA’s most recent inspection in February and March of 2014 documented the defendants’ failure to have and implement adequate Hazard Analysis and Critical Control Point (HACCP) plans that control Clostridium botulinum (C. bot) and L. mono hazards. L. mono is the bacterium that causes listeriosis, a serious and sometimes fatal infection for vulnerable groups such as newborns, the elderly and those with an impaired immune system. Ingestion of the neurotoxin C. bot can cause botulism. Though the incidence of botulism is rare, its effect is severe. The disease can cause paralysis or death if not promptly treated.

“Companies and their owners who violate food safety regulations endanger public health,” said Associate Commissioner of Regulatory Affairs Melinda K. Plaisier of the FDA. “The FDA will continue to take every necessary action to assure the food supply is safe.”

According to the complaint, the FDA documented numerous seafood HACCP and current good manufacturing practice violations when it inspected L.A. Star Seafood’s facility. The complaint alleges that the company’s products are therefore adulterated within the meaning of the FDCA. As further alleged, the company was told to take certain precautions while brining fish to control potential C. bot hazards but failed to take appropriate corrective action. According to the complaint, L.A. Star Seafood failed to adequately clean food-contact surfaces and food manufacturing equipment, utensils and containers to protect against contamination of food, and failed to protect in-process fish products from contamination. The complaint alleges that the company’s insanitary practices resulted in widespread L. mono contamination and that FDA environmental samples from critical areas of L.A. Star Seafood’s facility, such as the processing-room floor and on food-contact surfaces, tested positive for L. mono.

The government is represented by Trial Attorney Kerala T. Cowart of the Civil Division’s Consumer Protection Branch, with the assistance of Donald Yoo of the U.S. Attorney’s Office for the Central District of California and Associate Chief Counsel for Enforcement Melissa J. Mendoza of the Department of Health and Human Services’ Office of General Counsel’s Food and Drug Division. 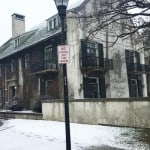 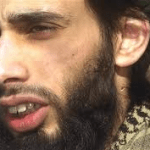