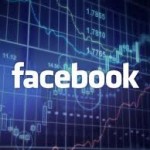 Preet Bharara, the United States Attorney for the Southern District of New York, and Richard T. Vignogna, the Acting Inspector-in-Charge of the New York Office of the U.S. Postal Inspection Service (“USPIS”), announced that CRAIG L. BERKMAN was arrested today for perpetrating two separate securities fraud schemes involving the purported sale of pre-Initial Public Offering (“IPO”) shares of Facebook, Inc. stock that neither he nor the entities he controlled owned. BERKMAN received a total of at least $8 million from these schemes – the majority of which he misappropriated for his own benefit. He was arrested at his home in Odessa, Florida, this morning, and is expected to be presented today in federal court in Tampa, Florida.

Manhattan U.S. Attorney Preet Bharara said: “As alleged, Craig Berkman seized on the interest in a highly coveted investment opportunity to swindle investors out of millions. With his arrest, this Office continues our work to identify the perpetrators of financial fraud, hold them accountable, and protect investors.”

Was a ‘Biden Election Official’ Arrested for Voter Fraud in Texas?

USPIS Acting Inspector-in-Charge Richard T. Vignogna said: “Today’s arrest of Mr. Berkman for allegedly using the popularity of the social networking site Facebook to defraud investors out of millions of dollars is an example of the investigative tenacity of Postal Inspectors to bring to justice anyone who uses the US Mail for fraud.” In a separate action, the U.S. Securities and Exchange Commission (“SEC”) announced civil charges against Berkman.

According to a criminal complaint unsealed today in Manhattan federal court:
Beginning in December 2010, BERKMAN created Ventures Trust II, LLC, a Delaware private equity investment limited liability company that he also controlled. He falsely represented to investors that Ventures Trust II owned shares in Facebook, which at the time was privately held. Owning interests in Facebook stock was a particularly attractive opportunity for investors because of the expectation that it would soon go public through an IPO.

In a separate but related fraud, beginning in March 2012, BERKMAN created Face Off Acquisitions LLC, an entity that, according to its offering materials, was designed to acquire a New York-based LLC that already held more than 1 million pre-IPO shares of Facebook (“Fund-2”). BERKMAN told investors that the acquisition would cost approximately $40 to $50 million. He also falsely stated that a prominent billionaire investor had already committed to invest in Face Off, when in fact the billionaire investor had never heard of Face Off.

BERKMAN obtained approximately $2.5 million from at least 14 Face Off investors, and then falsely told those investors that Face Off had successfully acquired Fund-2, although he had held only exploratory conversations with Fund-2 intermittently over a period of about two years.

The approximately $5.5 million BERKMAN acquired from the Ventures Trust II investors and the approximately $2.5 million that he acquired from the Face Off investors were subsequently transferred to his personal account. Instead of using the investor funds to acquire shares of Facebook, BERKMAN misappropriated a substantial portion of the money for his own benefit and the benefit of others. He transferred several million dollars of investor funds to lawyers representing him in bankruptcy proceedings, apparently to fund an altogether different settlement with his creditors.
* * *
BERKMAN, 71, was arrested at his home in Odessa, Florida. He is charged with two counts of securities fraud and two counts of wire fraud. He faces a maximum sentence of 20 years in prison on each of the four counts in the complaint. He also faces a fine of the greater of $5 million or twice the gross gain or gross loss from the offense on the securities fraud charges, as well as fines of lesser amounts on the wire fraud charges.
Mr. Bharara praised the work of the Criminal Investigators of the United States Attorney’s Office and the USPIS, which jointly investigated this case. He also thanked the SEC.
This case was brought in coordination with President Barack Obama’s Financial Fraud Enforcement Task Force, on which Mr. Bharara serves as a Co-Chair of the Securities and Commodities Fraud Working Group. President Obama established the interagency Financial Fraud Enforcement Task Force to wage an aggressive, coordinated, and proactive effort to investigate and prosecute financial crimes. The task force includes representatives from a broad range of federal agencies, regulatory authorities, inspectors general, and state and local law enforcement who, working together, bring to bear a powerful array of criminal and civil enforcement resources. The task force is working to improve efforts across the federal executive branch, and with state and local partners, to investigate and prosecute significant financial crimes, ensure just and effective punishment for those who perpetrate financial crimes, combat discrimination in the lending and financial markets, and recover proceeds for victims of financial crimes.
This case is being handled by the Office’s Securities and Commodities Fraud Task Force. Assistant U.S. Attorneys John J. O’Donnell and Matthew L. Schwartz are in charge of the prosecution.
The charges contained in the Complaint are merely accusations, and the defendant is presumed innocent unless and until proven guilty.
13-087 ### 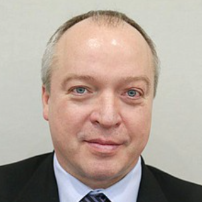