Preet Bharara, the United States Attorney for the Southern District of New York, announced today that STEVEN MCCLATCHEY, a director at an investment bank in Manhattan (the “Investment Bank”), pled guilty to committing insider trading in connection with potential mergers and acquisitions (“M&A”) in which the Investment Bank was involved.  MCCLATCHEY pled guilty to one count of conspiracy to commit securities and wire fraud and one count of securities fraud before U.S. District Judge Katherine Polk Failla.

U.S. Attorney Preet Bharara said:  “As he has now admitted through his guilty plea, Steven McClatchey abused his position at a major investment bank, tipping his close friend Gary Pusey with material, nonpublic information about mergers and acquisitions.  Pusey traded on that market-moving information and rewarded McClatchey with cash kickbacks and home renovations in return.”

According to the allegations contained in the Information filed against MCCLATCHEY and statements made in related court filings and proceedings:

Specifically, from February 2014 through September 2015, MCCLATCHEY and Pusey participated in a scheme to commit insider trading in advance of and in connection with more than 10 separate mergers and acquisitions.  MCCLATCHEY and Pusey were close friends who owned boats docked in a Long Island marina and who spent most Saturdays on their boats, at the marina, or playing pool and watching sports.

Having learned the Inside Information about these impending transactions, MCCLATCHEY, in breach of fiduciary duties and other duties of trust and confidence owed to the Investment Bank and its clients, tipped Pusey so that Pusey could use the information to trade and with the expectation that Pusey would confer a benefit upon MCCLATCHEY.  Among the benefits that MCCLATCHEY received as part of the insider trading scheme were thousands of dollars of cash payments by Pusey and the provision of home renovation services.

MCCLATCHEY, 58, of Long Island, New York, pled guilty to one count of conspiracy to commit securities and wire fraud and one count of securities fraud.  Each count carries a maximum sentence of 25 years in prison.  The charges also carry a maximum fine of $250,000, or twice the gross gain or loss from the offense.  The maximum potential sentences in this case are prescribed by Congress and are provided here for informational purposes only, as any sentences for the defendants will be determined by the judge.

Mr. Bharara praised the work of the FBI, and thanked the SEC.

This case is being handled by the Office’s Securities and Commodities Fraud Task Force.  Assistant U.S. Attorney Rebecca Mermelstein is in charge of the prosecution. 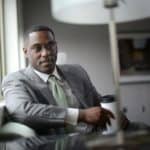 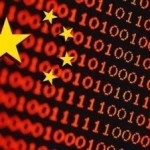