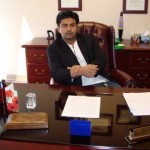 By Shah Peerally, Immigration Attorney and Author.  After living in the US for 25 years as a permanent resident citizen (having a green card), Egyptian native Tarek Hamdi, decides to apply for citizenship. However the United States Citizenship and Immigration Services (USCIS) postpone it due to the “Controlled Application Review and Resolution Program”  CAARP[1].

Briefly, we’ll speak about origins of CARRP, the mechanic of  its impact and the misunderstandings which lead to hysteria and hate.

Since the 9/11 attacks, the Department of Homeland Security has tried to thoroughly inspect applicants eager to become US citizens. Before 2002, USCIS did criminal background checks on all aspiring citizens. They would search through FBI “main files” for private individual records.  After 2002, applicants had to go through FBI Name Check, another background check program to see if there’s a match for an applicant’s name in other files.

Due to lack of FBI staffing, thousands of immigration applications were delayed for years. According to law, USCIS should process a single application within six months from the day it’s been applied or an interview has been conducted.

The delays led to a tsunami of lawsuits across the country under USC 1447(b) and Writ of Madamus, forcing the federal government to clear the delayed applications.  Consequently USCIS came up with CARRP intra-agency policy as alternative to process national security cases such as immigration. While the FBI Name Check had resulted in delays only, the CARRP policy resulted in denials of application without revealing the true cause.

There are two types of national security:  Known or Suspected Terrorists” (“KSTs”) and “non-Known or Suspected Terrorists.  KST is defined as people placed on Terrorist Watch List. There are at least 875,000 names on the list, including thousands of Arabs, South Asians and Muslims who actually don’t pose a threat to society. When you get on the Watch list, the government doesn’t provide any evidence of wrong doing or a clear way to remove your name. Furthermore, if your name incorrectly appears on the list, you might be denied immigration benefits. If an applicant isn’t deemed as KST, officers look for other indicators to see if an applicant is a national security threat, Non-KST.”

They look at the following indicators such as statutory indicators. Accordingly, an applicant unknowingly providing financial support to a terrorist organization falls under non KST.

What is a Terrorist?

A terrorist is defined as the following:

1) Organizations deemed as terrorist according to Secretary of State.

3) Providing material support to fund a terrorist activity, including transfer of funds irrespective of the amount. Furthermore, officers in accordance with CAARP guidelines look through the list of organizations deemed as terrorists according to Department of Treasury. Hamid was considered a terrorist for donating to Benevolence International Foundation.

On the outside they pretended to fund humanitarian endeavors, instead they’re using the funds to support militants in Chechnya. Despite the fact, Hamid was misleading about the foundation’s true purposes, thus defrauded; he had his application delayed for that matter.

The fact that the media and the authorities already single out people of certain origins is catastrophic. One consequence of CAARP is equating Islam with terrorism.

Shah Peerally, an Immigration lawyer and civil activist in California explains such fear in his latest book, The Immigration Lawyer -Asylum”[2], The book is a fiction exploring the discrimination felt by some immigrants of Middle East origin wake of the 9/11 attacks.  For instance, the story is that of Ahmad, a man fleeing Iraq, and his immigration attorney Sarah. While entering the United States, Ahmad is arrested on suspicion of terrorism.

Furthermore, it covers the ignorance regarding lumping all foreigners as terrorists irrespective of their origin. For instance, three men attack Shawn’s restaurant, an Indian native of the Sikh sect. During the mayhem, Harry one of the attackers says “You Muslims, killing our people” as he repeatedly strikes Shawn with a baseball bat. Although the book is a work of fiction, it is representative of what many people have gone through post 9/11 including the killing of Sikhs in Milwaukee Gudwara (Sikh temple).

Fortunately both State and Federal laws protect the rights of the people and good lawyers can actually help.

Few important points to remember regarding the possibilities of a false testimony allegation:

1) Answer the required questions and volunteer information that might help the immigration case. Doing so would demonstrate to USCIS the applicant was honest. The caveat is that volunteering information without the presence of an attorney can have very disastrous consequences.

2) Provide details about membership and association in relation to question 8(a) on the naturalization application. For example, applicant needs to provide information about donating to a charity. Doing so would prevent the CAARP officer from arguing that the applicant lied on question 8(a).

4)       If the applicant remembers additional information not stated in the interview, they should mention it as soon as possible during the interview or afterwards.  Consequently, the UCIS cannot accuse the applicant of misrepresenting the facts to gain immigration benefit.

5)      If your case is delayed, the lawyer can actually help by filing a Writ of Mandamus or USC 1447(b) lawsuit to force the USCIS to make a decision.

While lawyers can be of help to prevent the innocents from suffering from an abuse of discretion, the fear of immigrants coming from the Middle East or of being Muslim never ends until we educate the public that they are “not guilty until proven innocent.”

1)      Peerally, Shah. ACLU. Report from ACLU on discrimination against Muslims and people of the Middle East. 2013. Print. <http://www.scribd.com/doc/207980328/Report-from-ACLU-on-discrimination-against-Muslims-and-people-of-the-Middle-East>. 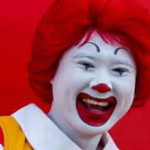 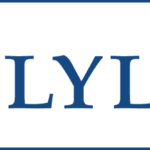