A hot jailhouse romance in Florida – where else? – well, maybe California or Mexico – has landed a lawyer in a heap of trouble with the local bar. 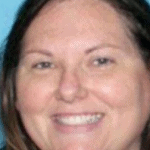 The story goes that a deputy walked into a jail interview between attorney Jessica Mishali, 35, and her client, Ysreal Granda, 26.  The pair appeared to be enjoying sexual intercourse, the deputy reported.  Granda was behind bars for four felony charges, including two counts of attempted murder.

The Florida bar took keen interest in the case with a memo with Mishali’s picture posted on jail scanners and controls saying:

“Jessica Mishali David is prohibited from entering any Broward Sheriff’s Office facility or onto any BSO property for any reason either personal or professional until further notice.”

It’s one thing to face a professional crisis, and another to have your life partner afraid that you stabbed him in the back by getting stabbed in the back by a guy who stabs people in the back (technically this time he’s facing charges for firing “six shots into a car the mother of his 6-year-old daughter was riding in with another man).

Being banned from visiting the jail is a  major job issue for a criminal defense lawyer like Ms Mishali, but who knows how this could all turn out?  Attempts to contact her resulted in a refusal to comment due to the ever-popular ‘attorney-client privilege’.

Sexual contact with clients is an issue that has lead to legal writings previously.

Privileges, it would seem, that may be extended in the most intimate manner.