The world of James Bond may be full of glamour, beautiful women, magnificent cars and spectacular locations but it has also been filled with acrimony and litigation – with one ongoing legal feud lasting half a century, lead by a man who claimed (and probably did) create SPECTRE and the Bond villain Ernst Stavro Blofeld, as portrayed in the latest Bond outing, “Specter”. 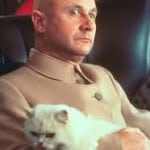 a dispute that lead too battles that were in some respects as spectacular as anything Fleming created with his fictional and ageless hero and involving SPECTRE and Blofeld.

So here are the five major legal disputes that have marked Bond’s trip through the legal universe. 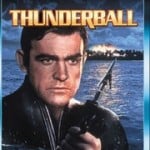 Director, writer and producer Kevin McClory is the man behind the longest-standing Bond litigation and it stemmed from “Thunderball”, whose plot arose following a collaboration between Ian Fleming, Kevin McClory and screenwriter  Jack Whittingham.

McClory and Whittingham sued Fleming  citing a breach of copyrights, breach of confidence, conversion, of contract, false representation of authorship and slander of title.

McClory then re-made the film in 1983, reprising Sean  Connery as Bond as “Never Say Never Again”.  However McClory also maintained that he created Ernst Stavro Blofeld and the terror organization SPECTRE.

002 – James Bond of the Secret Service

In 1973, McClory wanted to get back in the Bond business and announced that he would produce  James Bond of the Secret Service.

MGM filed suit against McClory to stop him from making a rival Bond film. McClory’s argument was that he alone had the rights to SPECTRE and Broccoli and company could not use it.

Broccoli stated that McClory had no right to make a movie based on the original drafts; as he didn’t have Ian Fleming’s permission. For financial as much as legal reasons, McClory back off and put his project in the “Pending” folder.

A ruling in 1983 in London courts held that McClory was allowed to make Bond films and he proceeded to produce “Never Say Never Again”. But he wanted more than just the “Thunderball” adaptations and sought partial ownership over Bond himself in a  federal suit filed in Los Angeles.

The suit was dismissed in 2000 on the grounds that he waited to long to file his claim. The 9th Circuit upheld the dismissal in  2001.

With McClory still determined to enter the Bond fray, MGM and rights owner Danjaq purchased the rights and interests to “Never Say Never Again” along with other interests in Bond content owned by McClory in 2013.

Sony purchased other rights held by McClory in an “undisclosed deal” that created a tangled web of 007 rights.

The Bond rights’ ownership were bought by Albert  Broccoli‘s company from his former co-producer Harry Saltzman in the 1975.   The rights ownership was held by Danjaq, a company co-owned by United Artists, which Broccoli bought out before transferring ownership to his daughter.  However

Giancarlo Paretti, a corrupt Italian businessman, bought MGM/Pathe in 1990 for $1.3 billion and two days later signed a deal to sell 860 MGM/UA movie titles to two Spanish TV networks.   Pathe was duly bankrupted under Paretti and the squabble over the Bond rights continued.

Days before the MGM/UA merger  Danjaq filed suit to block the deal.  Paretti disappeared briefly, prompting Crédit Lyonnais to declare him in default of his loan obligations only to resurface in Italian court to answer to security fraud accusations. Paretti was wanted in both Europe and the United States.  Finally the various lawsuits between the banks, Danjaq and studios were settled and the next Bond movie emerged:  “Goldeneye”.

This involved the owner of Bond rights, Danjaq, over a proposal from Universal to make a “James Bond knockoff” called “Section 6” and involving a  “daring tuxedo-clad British secret agency employed by ‘His Majesty’s Secret Service’ with a licence to kill” etc.

The project is still a top secret and MGM and  Danjaq have maintained their right to sue if they don’t like anything about the project. 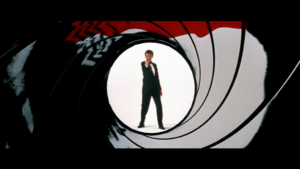 This wasn’t a battle directly involving Bond interests, but it affected the various rights owners.  In 1997 Composer Monty Norman sued The Sunday Times for defamation over a claim made in a report that he had taken credit and royalties for the famous Bond theme,  which follows a long running dispute regarding the theme written for “Dr No” in 1962 and when the producers called in John Barry to create a catchy and interesting
theme.

Norman had been contracted to compose the score for the movie. The confusion has been between Norman’s “The James Bond Theme” and John Barry’s “James Bond  Theme”. As at the date of the trial the royalties from the theme were £485,000 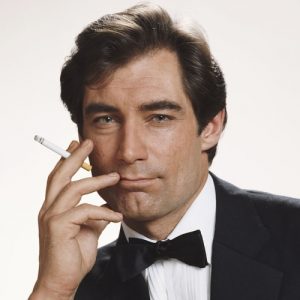 Rights dispute lead to the six year divide between License to Kill and Goldeneye; the longest gap between entries in franchise history and due to the litigation mentioned above. Timothy Dalton, who still had at least one more Bond film on his contract, decided to renege on his deal and abandon the role, in large part due to the delays with the litigation over the Bond rights and studio ownership.

This took many people by surprise, but none more so than the new screenwriters who had already put the script together with Dalton in mind.

In the major litigation, Kevin McClory maintained that the creations of Ernst Stavro Blofeld and the terror organisation SPECTRE were his creations and his earlier  deal saw him licence SPECTRE and Blofeld to Eon Productions for future productions.

The complexities of the Bond rights was further complicated with multiple ownerships and interests, including not just the Fleming family and their control over the character and literary rights, but EON Productions’ movie production rights, Danjaq’s copyright and other rights and MGM and SONY who had disputed rights over which they reached an accord until MGM went broke and was bought by SONY, in part to acquire the rights to the most financially successful movie franchise ever.

The lawsuits are part of the territory, it seems.  Shaken and stirred. 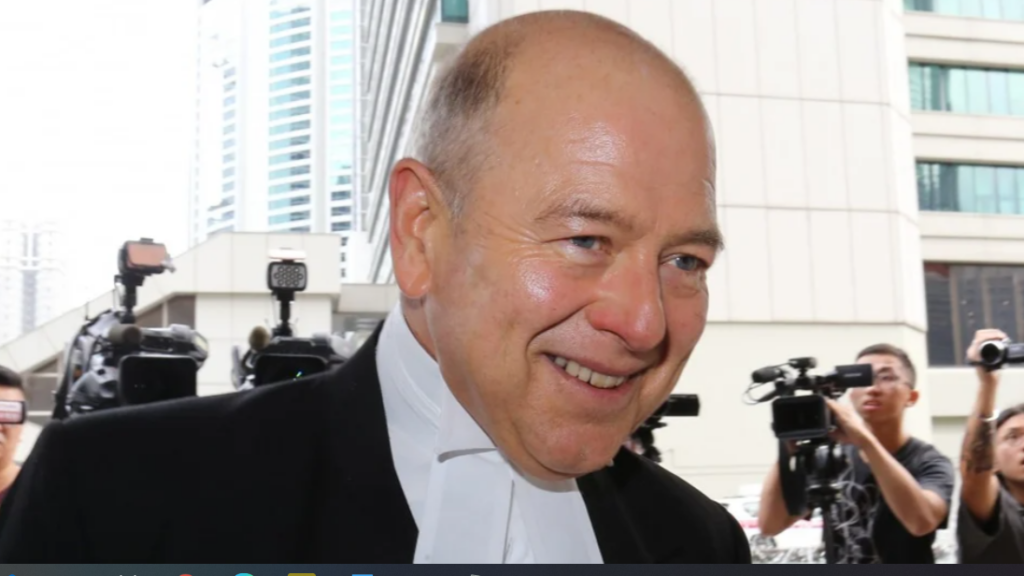