Powered by LawFuel – James Hardie’s release to the Australian Stock Exchange yesterday – that it ultimately intends to “cease all manufacturing of products in New Zealand”, at the cost of some 120 Kiwi jobs – is unlikely to stall the class action brought by over 1,000 leaky home owners.

Adina Thorn, the lawyer leading the action, says the announcement is “concerning” but “not overly surprising” given the history of James Hardie with asbestos in Australia, extensive litigation in that country, and a history of major corporate restructuring.

“We have seen this kind of behaviour before. Now we are seeing a massive downsize of the New Zealand business in the face of significant litigation. Fortunately, our claim is against four other James Hardie companies – three in Australia and the parent company in Ireland. The plaintiffs allege they are each liable.

“If you ask any of the owners – they do not care “which” James Hardie company is legally liable. They just want James Hardie to take responsibility for what they say is designing, manufacturing and selling defective cladding systems and products. They also say that they knew of problems with the products and never said anything, and had a duty to warn”.

“This kind of news gives home owners more stress. Not only do they live in leaky homes in need of recladding and many have mould, they also have health problems, and now have the added worry of “what’s next” with James Hardie. This is when many of the home owners are suffering from significant stress, anxiety and depression”.

The plaintiffs in the class action have a trial in the High Court at Auckland commencing on 3 May 2021 and the trial is due to run for 20 weeks. 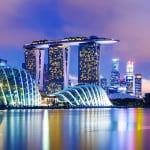 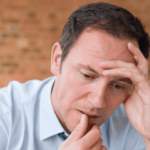