Detroit – May 22, 2015 — Dykema, a leading national law firm, announced today that James S. Brady has received the Marion Hilligan Public Service Award from Western Michigan University Cooley Law School to reflect a lifetime of community service. He was honored earlier this month during the annual Law Day luncheon hosted by the law school and the Grand Rapids Bar Association.

The Marion Hilligan Public Service Award is given in recognition of “contributions by a lawyer in public service to area governmental bodies or community organizations, reflecting greater individual responsibility in promoting public health and welfare through law.” The award is named after the law school’s first Associate Dean of its Grand Rapids campus, who made profound contributions to the school’s development.

Outside of his practice, Brady’s involvement in the community and his reputation as a mentor are well-known. He serves as chair of Emmanuel Hospice, as a board member and former chair of St. Ann’s Skilled Nursing Home, and as a board member of Catholic Charities West Michigan. He previously taught at Cooley Law School and has acted as the past chair of the Western Michigan University Foundation and past president of the Grand Rapids Bar Association.

Brady received his J.D. from the University of Notre Dame Law School, a B.S. from Western Michigan University , and is a graduate of Grand Rapids Catholic Central High School. 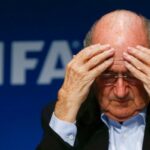