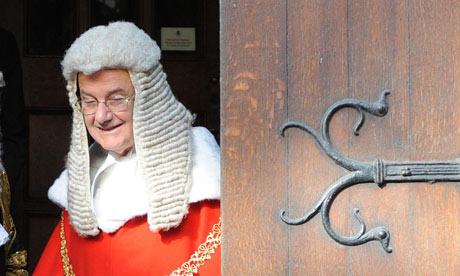 Joshua Rozenberg is the BBC’s former legal commentator and now writes for The Guardian and other publications on legal matters.  This item on the retirement of the Lord Chief Justice of England and Wales 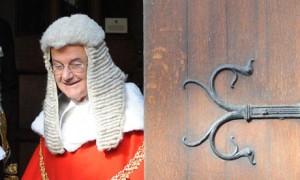 When newspaper reporters retire, they are presented with dummy front pages in which their departure is the lead story. When a television journalist moves on, guests at the leaving party are shown a mock news bulletin in which a newsreader introduces the reporter’s greatest hits. And when judges retire, they preside over a special valedictory hearing during which barristers address the court and remind those present of judgments that the judge would rather have forgotten.

The valedictory for Lord Judge, ahead of his retirement as lord chief justice of England and Wales, was very different. So many people wanted to come that the event was invitation-only, with the guest list capped at 280. High court judges had to sit in the well of the court. Appeal judges had to stand. The lord chief justice’s wife, children and grandchildren were in the jury box. Other judges had to make to with the galleries. A few fearless officials found places in the dock.

Judge had invited not only the chairman of the Bar Council and the president of the Law Society but also their predecessors during his five years in office. Two former lord chancellors were there, along with Lord Morris of Aberavon, a former attorney general who had served in Harold Wilson’s first government almost 50 years ago. And there was also one of the court’s regulars: a member of the public who found himself sitting, just for once, among the judges.

“We are here to say an official and very public farewell to one of our greatest chief justices,” said Lord Dyson, master of the rolls, before lifting the veil on the cuts to the judges’ remuneration that have preoccupied Judge and his fellow judges over the past year.

“He has been responsible for leading the judiciary of England and Wales during a period of unprecedented difficulties and challenges. The government likes to portray challenges as opportunities. The problem of keeping the morale of the judiciary up in the eye of the pensions’ storm was a very odd kind of opportunity. Igor felt this very keenly.
“He battled long and hard to negotiate the best deal that he could with the government. He was disappointed with the outcome. But nobody could have done better. Such has been his dedication to the judiciary that, over a two-week period, he went round the country speaking to the judges and giving them an account of what he had done. I attended one of these speeches. At the end, those who were present were so grateful to him for what he had done that a good deal of the sting of their anger had been drawn. That was precisely what he intended.”

Dyson struggled hard to find a peccadillo or indiscretion in the career of a judge who, as he said, was universally admired and held in great affection by all who knew him. The best he could come up with was a story about a fig tree whose fruit Judge had chosen not to raid. But he did say that the IT revolution had passed Judge by. Unlike most judges these days, the chief justice did not use emails, iPads or mobiles.

In a theme taken up by other speakers, Dyson paid tribute to Judge’s advocacy skills, and in particular his speech at the Commonwealth Law Conference in Cape Town earlier this year. “He spoke movingly and brilliantly about the evils of inequality and discrimination,” said the master of the rolls. “At the end, he received a standing ovation. After four days of many rather turgid presentations and long after torpor had taken hold, that was quite an achievement.”

Maura McGowan, chairman of the bar, said the speech had pricked the conscience of everyone who was there. In it, Judge had said the rule of law required everyone to be treated equally by the law.

The lord chief justice had recalled taking a judicial oath to do justice “without fear or favour, affection or ill-will”. This did not simply mean that a judge must be courageous in facing possible personal threats, whether from individuals or officers of the state, he said. “What the oath means is that, whether all those untoward threats are absent or present, the judge must be blind to prejudice: impartial, fair, balanced, with a true appreciation of the common humanity which binds us all and which we have all – every one of us – inherited. In that way we ensure equality before the law.”

“Do we ignore the unlawful arrest of an individual who has been charged with a dreadful offence, or indeed who has been demonised by society? Of course not. Do we allow freedom of speech only to those who agree with and express views which we share? Of course not. A human right that is not universally available to every citizen in the country is a contradiction in terms. It is equality before the law that underpins the concept and ultimate achievement of the rights bestowed upon us by our common humanity.”

Giving what he clearly regarded as the highest praise to his oratory, McGowan said that Judge was not just a judge, “he’s an advocate”. And she concluded her remarks with a well-worn nod to the chief justice’s ancestry. “How do you make a Maltese cross? By not sitting down soon enough.”

Then it was time for the main attraction. How would Judge reply? After 50 years in the law, Judge pronounced himself “virtually speechless”. His excuse was that he was suffering from a throat bug. But this was not the time to do more than thank all the many people to whom he and his wife Judith were indebted. He promised he would have more to say in the autumn when, as a retired judge, he will once again be allowed to speak in the House of Lords. 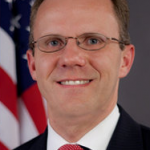 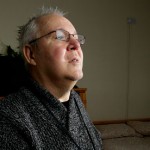