It’s no deal for Justin Bieber as he faces a trial on May 5 for his DUI charges stemming from his adventures in Miami.

Bieber’s lawyer, Roy Black, has said that no plea deal has been offered by prosecutors following his client’s arrest and the legal team are now preparing for the trial.

Twenty-year-old Bieber was stopped in a rented yellow Lamborghini which police allege he was drag racing in January.

Subsequent toxicology test results showed the Canadian-born singer had traces of marijuana and Xanax in his system at the time of the arrest.

Talking about the case, Roy Black jokingly added, ‘But I can’t promise Selena Gomez will be there.’

Bieber has other charges too.  He has also been charged with resisting arrest and possessing an invalid driver’s license and the trial has been pushed back for two months after news organisations requested the release of a video showing Bieber  giving a urine sample in jail. 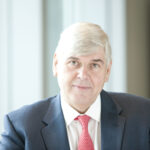