Internet mogul Kim Dotcom’s fate as to whether he will be extradited from his adopted home in New Zealand to the US will be decided today.

The decision is due this afternoon by a District Court judge in Auckland who has been hearing the case for two months and after years of raids, wrangling and political debate over the fate of the Megaupload boss and his associates.

Dotcom and three others were arrested in 2012 on copyright and related charges following a raid on his mansion in Auckland involving FBI and New Zealand police, which was subsequently ruled illegal.

He has fought the case on legal and political grounds, becoming major election focal point in New Zealand’s last elections.

Dotcom and the other – Mathias Ortmann, Bram van der Kolk and Finn Batato – have consistently denied the charges, which relate to the operation of the Megaupload filesharing business operating out of Hong Kong. The online download business was one of the most popular on the internet with its controversial downloading of millions of movies and music albums.

Hollywood studios are also seeking Dotcom in the US courts for major piracy claims against him.

Judge Dawson’s decision today  will reveal whether he considers the required level of evidence has been produced to show there is a case for the men to answer in the US.

Should it be decided that Dotcom will be deported it will be up to Justice Minister Amy Adams to decide whether the extradition itself will proceed.

The next stage is with Justice Minister Amy Adams, who will decide whether the extradition will go ahead.

If the decision goes against Dotcom and his co-accused, it will likely trigger a fresh bail application as their status will have changed. The four have been on bail since March 2012, with the weeks after their arrest spent in jail.

The New Zealand Herald have published a dateline of the various Dotcom related legal cases:

• December 2010: Dotcom arrives in New Zealand for the first time as a resident.

• January 2012: Police raid the Dotcom mansion, arresting the tycoon and three others on FBI charges of criminal copyright violation.

• February 2012: Dotcom is granted bail, with strict conditions, including that he may not leave the country.

• March 2012: The US lodges a request to extradite Dotcom and his co-accused.

• September 2012: It is revealed the GCSB spied on Dotcom when it shouldn’t have, prompting a review of the spy agency.

• January 2013: Dotcom launches his new site, Mega, on the first anniversary of the raid.

• March 2014: Supreme Court rules against Dotcom and says the US doesn’t have to disclose all the evidence it has against him.

• September 2014: Dotcom launches the internet Party, but the campaign ultimately ends in failure, winning no seats in Parliament.

• September 2015: After a year of delays, the extradition hearing finally begins. 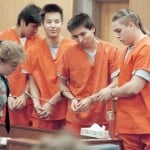 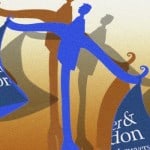