CHICAGO, IL (July 1, 2014) —The national law firm of Quarles & Brady LLP today announced thatE. King Poor, a partner in the firm’sChicago office, has been selected by theAppellate Lawyers Association to serve on its Board of Directors.

The Appellate Lawyers Association is an organization of over 400 lawyers from across the state of Illinois. Its mission is to promote communications between appellate judges and the bar, and to enhance the administration of justice in the state and federal reviewing courts throughout Illinois. The group’s honorary members include sitting judges from all reviewing courts in Illinois.

“It’s an honor to be selected to serve on the board of this organization which has a long tradition of promoting communications between the appellate bar and bench, and of serving as a focal point for continuing education and improving appellate practice.” Poor said. “I am excited to be part of that tradition, as well as the recent efforts underway to provide new and innovative ways to serve the appellate community with resources such as the ALA’s newly launched blog on recent decisions.”

Poor has participated in over 75 appeals, including three appearances before the United States Supreme Court.

He is a graduate of the Emory University School of Law. 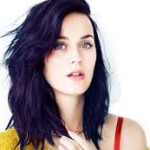 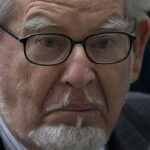