Nona Pelletier – New Zealand’s love affair with trusts will be tested when new legislation comes into effect early next year, with surprises in store for some trustees and beneficiaries.

The New Trusts Act comes into effect from January 31, 2021 and will replace loose, outdated regulations with best practice systems covering compliance and accountability.

Meeting the new regulations was expected to be a tall order for the trustees of at least some of the estimated 300,000 to 500,000 trusts, because not only will they need to bring their management practices up-to-date, but they will also need to track down and begin communicating with all trust beneficiaries.

“New Zealanders are huge fans of trust… this is a large change that’s going to affect a lot of New Zealanders,” Martelli McKegg law partner Timothy Orr said, adding most trusts had a number of beneficiaries.

He estimated there would potentially be many thousands of people completely unaware they were beneficiaries of trusts, unless they had been receiving some benefit from it.

Orr said sharing information with all beneficiaries could result in some messy legal challenges for trustees.

Some trusts were discretionary trusts, or had been created decades earlier by past generations for the benefit of all their descendants, which could now number in the many hundreds.

Trustees were the legal owners of any assets in a trust, and were also responsible for determining how those assets were managed and who received any benefits from those assets.

Changes to the law meant it would be easier for beneficiaries to challenge the decisions of trustees, as a result of the increased rules for disclosure.

“For a long time in New Zealand, it would be fair to say that many trusts, I would say have operated with what some people have referred to as a veil of secrecy or a shroud of secrecy.

“[The government was] trying to ensure that beneficiaries have a greater opportunity to hold trustees to account for how they administer trust,” Orr said, adding that all political parties supported the changes.

He said many trustees would undoubtedly be challenged by the changes and may choose to resign or wind-up a trust rather than comply with new regulations.

However, he said trustees would need to get cracking to address any issues, as it would take time to get their affairs in order before the end of January. 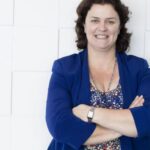