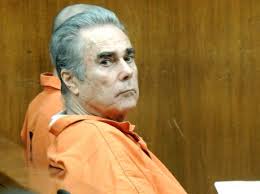 US Attorney Preet Bharara has announced the potential end of La Cosa Nostra with the guilty plea of former capo Daniel Pagano.

The release from the US Attorney:
Preet Bharara, the United States Attorney for the Southern District of New York, announced today the guilty plea of DANIEL PAGANO, a Captain of the Genovese Organized Crime Family of La Cosa Nostra (the “Genovese Crime Family”). PAGANO pled guilty before U.S. District Judge Ronnie Abrams to participating in a racketeering conspiracy. As part of his plea, PAGANO admitted to being a leader of the criminal enterprise. PAGANO is scheduled to be sentenced by Judge Abrams on July 10, 2015.

Manhattan U.S. Attorney Preet Bharara said: “Danny Pagano, a capo in the Genovese Crime family, has now admitted to being a leader in a racketeering conspiracy that spanned nearly five years. Today’s plea demonstrates that La Cosa Nostra is not a thing of the past or a relic of movie myth. Our efforts with our law enforcement partners are aimed at making it so.”

According to the Indictment, the plea agreement, and statements made during the plea proceeding:

The Genovese Crime Family is part of a nationwide criminal organization known by various names, including the “Mafia” and “La Cosa Nostra” (“LCN”), which operates through entities known as “Families.” The Genovese Crime Family operates through groups of individuals known as “crews” and “regimes,” most of which are based in New York City. Each “crew” has as its leader a person known as a “Caporegime,” “Capo,” “Captain,” or “Skipper,” who is responsible for supervising the criminal activities of his crew and providing “Soldiers” and associates with support and protection. In return, the Capo typically receives a share of the illegal earnings of each of his crew’s Soldiers and associates, which is sometimes referred to as ?tribute.? DANIEL PAGANO is a Caporegime or Captain in the Genovese Crime Family.

Each crew consists of “made” members, sometimes known as “Soldiers,” “wiseguys,” “friends of ours,” and “good fellows.” Soldiers are aided in their criminal endeavors by other trusted individuals, known as “associates,” who sometimes are referred to as “connected” or identified as “with” a Soldier or other member of the Family. Associates participate in the various activities of the crew and its members. In order for an associate to become a made member of the Family, the associate must first be of Italian descent and typically needed to demonstrate the ability to generate income for the Family and/or the willingness to commit acts of violence.

From 2009 through August 2014, PAGANO, along with other members and associates of the Genovese Crime Family, committed a wide array of crimes including operating an illegal gambling business. PAGANO, a Captain, exercised a leadership role within the Family by, among other things, settling disputes between and among associates of the Family.

PAGANO, 61, of Rockland County, faces a maximum sentence of 20 years in prison. The maximum potential sentence in this case is prescribed by Congress and is provided here for informational purposes only, as any sentencing of the defendant will be determined by the judge.

The prosecution is being handled by the Office’s Violent and Organized Crime Unit. Assistant United States Attorneys Jennifer Burns, Abigail Kurland, and Rahul Mukhi are in charge of the prosecution. 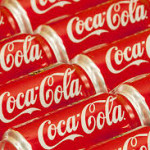 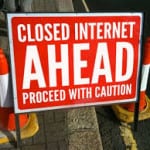