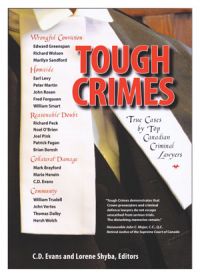 Books by lawyers are generally interesting to just about anyone, especially lawyers.  But when lawyers write about wrongful imprisonment, even innocent clients facing the death penalty, its a matter of particular interest.

Canadian lawyer Richard Wolson has written about 20 high profile defence lawyers in “Tough Crimes: True Cases by Top Canadian Criminal Lawyers.
“I can’t really imagine what it would be like for a man wrongfully charged, wrongfully convicted, and wrongfully sentenced to life in prison,” said Wolson. “That man was Thomas Sophonow.”

At a late November launch for the book at the Spoke Club in Toronto, Wolson talked about his work as commission counsel for the inquiry into Sophonow’s wrongful conviction, a case he called a “terrible travesty of justice.”

The case against Sophonow in the 1981 killing of Barbara Stoppel hinged, he noted, on things such as jailhouse informants, one of whom had a perjury conviction. “The evidence was unbelievable,” he said, noting how “tunnel vision” was a key factor in the case that resulted in Sophonow spending 45 months in jail.

“From start to finish when I became involved in the inquiry, I could see that this was a perfect storm for wrongful conviction. Sophonow never had a chance,” he told the audience at the book launch.

The book tells the stories of some of Canada’s biggest crimes, including the Paul Bernardo rape and murder cases and Toronto’s infamous shoeshine boy murder in the 1970s. It features firsthand accounts by some of Canada’s top criminal defence lawyers: Edward Greenspan, who uses a pseudonym to tell the story of his client, Tom James; John Rosen, who describes the Bernardo case; Richard Peck, who discusses reasonable doubt in the Air India matter; Brian Beresh, who writes about the defence of Larry Fisher; and Marie Henein, a lawyer now in the spotlight for defending Jian Ghomeshi but who in Tough Crimes talks about how seconds mattered in one of her earlier big cases involving former attorney general Michael Bryant.

Christopher Evans, a veteran defence counsel and one of the editors of the book along with Lorene Shyba, says the goal was to get the defence lawyers to write about the cases that still haunt them. “These were from the heart. ‘I still think of this case. It will never leave me,’” he says in describing the tone of the book.

“There are cases that come back to haunt me,” says Evans, who notes he still sometimes wakes up thinking about them. He himself wrote a chapter in the book about weighing the moralities of victimless crimes in light of his defence of fugitive tax scofflaw Charles Vernon Myers in the 1980s.

Noting the uniqueness of having prominent defence lawyers describe their biggest cases from a first-person standpoint, he says: “I think it demonstrates that there’s a tremendous amount of emotional involvement.”

“How often do the lawyers who prosecuted or defended a case actually write about it?” he asks, noting the book
counters the notion of the detached defence lawyer who remains emotionally distant from cases.

But for Rosen, Bernardo’s case isn’t the one that affected him the most. “This case does not haunt me,” he says, noting it was merely the one that was the biggest from a media perspective.

“He said [to write] anything you want to do, so he gave me no direction,” Rosen says of his instructions from Evans when he agreed to write a chapter.

But in his chapter, Rosen does make it clear the horrific case had a significant impact on him. In writing about watching the notorious videotapes of Bernardo’s rapes, he said: “Much has been written about the videotapes, the failure of police to find them, and the horrific nature of their contents. But nothing has ever been said about the impact of the tapes on the lawyers.”

He continued: “In truth, though, the images depicted shook me to the core. At one point, I needed to stop and excuse myself for a few moments. The images were deeply disturbing and the implications were obvious. How was I going to defend this case in the face of these tapes?”

A key theme in the book is the integrity of the criminal justice process and the important role of defence lawyers in upholding it, ensuring the rights of their clients, and holding the state to account. 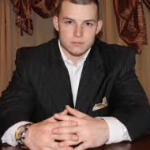 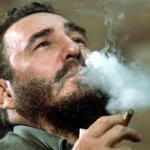