Herbert Smith Freehills has become the first corporate diversity partner to support Brisbane’s MELT Festival. Now in its second year, the Festival is a celebration of queer arts and culture, and of Brisbane’s LGBTI community.

Presented by the Brisbane Powerhouse, the 2016 MELT Festival runs from 3 – 14 February and features a full range of art exhibitions, theatre events, comedy shows, and live music and dance forums.

In announcing the partnership, Herbert Smith Freehills partner and Brisbane LGBTI champion, Peter Smith, said that the firm was proud to become the first corporate diversity partner of the MELT Festival, and noted that the partnership was a befitting way for the law firm to celebrate its LGBTI Network’s third birthday:

“Herbert Smith Freehills’ Australian LGBTI Network launched in March 2013 and has gone from strength-to-strength, achieving significant internal support and external recognition. Having supported LGBTI community events such as Sydney’s iconic Gay & Lesbian Mardi Gras and the Melbourne Queer Film Festival, we are thrilled to now be partnering with the MELT Festival in the magnificent city of Brisbane,” he went on to say.

The firm has a long-standing commitment to supporting diversity, with Herbert Smith (as it was then known) being one of London’s first law firms to establish an LGBT Network back in 2007. Creating a high-performing, diverse and inclusive workplace is one of Herbert Smith Freehills’ six strategic objectives, and LGBTI inclusion is one of the firm’s three global diversity and inclusion priorities.

“In our Brisbane office, and in our offices all around the world, we value the diversity of knowledge, experience and perspective of our people and we remain committed to fostering an environment that is inclusive and respectful – where all our people can bring their whole selves to work, and thrive,” Mr Smith continued.

The MELT Festival is a unique and exciting addition to the calendar for the city of Brisbane and there are calls for more corporate partners to get on board in support of the event and of Brisbane’s LGBTI community.

“We’ve seen a significant shift in recent years amongst the local business community, where more and more organisations are seeing the true value in supporting and embracing diversity. Events like MELT offer all of us a fantastic opportunity to celebrate Brisbane’s talented and vibrant LGBTI community,” he concluded. 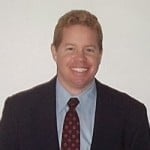 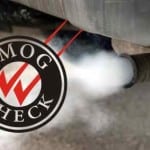