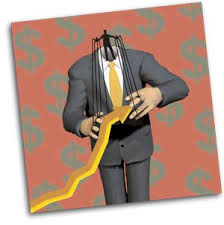 James Peters wrote this piece for Forbes magazine.  He is  vice president Legal, New Market Initiatives for LegalZoom, an online legal service that has created its own disruption of the legal marketplace.

Disruption is often a direct result of innovation, and in today’s global market, innovation and its subsequent disruption in one area of the world set the course for meaningful transformation in another.

The legal industry is currently experiencing a period of evolution that exemplifies this modern reality. The path to change was first charted nearly eight years ago in the U.K. with the Legal Services Act allowing non-lawyers to own law firms. We now find ourselves faced with U.S. and U.K. legal systems which, while rooted in similar foundations, remain at odds with one another. The issue in question: Corporate ownership of law firms. Both sides will insist they are fighting in the name of consumer interest.

To understand how we’ve arrived to this point, it’s necessary to jump back to April 2012, when the ABA Commission on Ethics 20/20 abandoned proposals for changes to the ABA policy prohibiting non-lawyer ownership of law firms after considering the matter for more than three years. The proposals caused so much consternation for some lawyers that the ABA House of Delegates were asked to vote on a resolution that not merely shelved such considerations, but reaffirmed the ABA’s opposition to such structures as “inconsistent with the core values of the legal profession”.

This request and the debate that triggered it speak volumes about how the organized bar in the US (or at least its most vocal participants) viewed any changes to ABA policy. US regulators and lawyers used terms like insidious and disturbing to describe the acceptance of such practices abroad. We were, as one member of the House of Delegates put it “exporting our standards, not importing the lowest common denominator from some other country.”

Just one month prior to that decision, the Solicitors Regulation Authority (SRA) of England & Wales had granted its first Alternative Business Structure (ABS) licenses. A product of the aforementioned Legal Services Act 2007, ABSs differ from law firms in the US in two fundamental ways: Lawyers and non-lawyers can share in the management and control of these businesses and ABSs can have non-lawyer investment. Regulations in the UK touted ABSs, a set of sweeping changes to the regulation of the practice of law aimed at improving the legal services consumer experience, as tools to promote consumer interests, improve access to justice and protect the public interest.

As we approach the threeyear anniversary of the SRA’s ability to issue ABS licenses, we should reflect upon the UK experience and what we can learn from it. While ABSs are still relatively new, some points seem abundantly clear. First, permitting the entrance of non-lawyers into the management structure is not akin to throwing the values of the profession into the abyss. Second, enacting legislation like the Legal Services Act 2007 is not likely to bring about the overnight transformation of the legal services industry but is, rather, likely to serve as a catalyst for the early stages of such change.

The idea that allowing non-lawyers to manage or hold interest in law firms will cause lawyers to disregard the interest of clients or make it subservient to profits is a common misconception. Set aside for a moment the fact that law firms in the US are routinely ranked by revenue and profits per partner, and consider the reality of ABSs. The Legal Services Act 2007 was not a wholesale rejection of professional ethics, but a change from proscriptive rules to compliance-based and entity-based regulation. In essence, the legislation changed from saying “you, lawyer, may not do these things” to saying “you, lawyer or entity providing legal services, must do what it takes to achieve certain outcomes for your clients.” This is hardly the Wild West.

To date, there is no data to suggest that entities receiving an ABS license have any greater issues with professional ethics or responsibility than lawyers in traditional practices. In fact, experience in Australia suggests that firms forced to conduct a self-assessment for such compliance and entity-based regulation are actually the subjects of fewer client complaints. While ABSs in the UK are still in their infancy, the experience to date suggests that US regulators should revisit whether such an approach warrants a description as the lowest common denominator. In fact, if the UK experience shows us anything, it’s that a cautious initial approach may protect clients at the expense of full-scale promotion of rapid innovation to a degree that will leave champions of large scale industry change unhappy.

When the Legal Services Act 2007 was introduced, it led to many in the UK predicting an impending big bang that would revolutionize the provision of legal services and the imminent arrival of “Tesco Tesco Law”. The arrival of ABSs, it was thought, would mean the short-term takeover of the legal sector by major brands such as Tesco (the largest grocery store chain in the UK, equivalent in some eyes to Wal-Mart).

Again, the US may take some valuable lessons from what has not happened in the UK in the last three years. The legal services industry in the UK is changing, but it is changing more slowly and in more confined categories than many predicted.

The SRA analyzed all ABSs at the end of 2013 and found that, contrary to the early focus on big brands, they are overwhelmingly small. Small firms lead the way in ABS licenses by a good deal with 78% of ABS licensed firms having fewer than 10 lawyers. While there have been some major players seeking to obtain ABS licenses (British Telecom, KPMG, PWC and the Co-operative are standouts), no big brand has captured a significant piece of the market yet. That said, ABSs are having an impact that may slowly change the way legal services are offered, at least in some sectors. Thus far, ABS firms have made the greatest headway into legal practice areas that are traditionally lower value work. While ABSs account for only 3% of law firms in the UK today, they have collectively captured over 20% market share in consumer and mental health work and nearly one-third of the personal injury market.

Further, ABS applicants are exactly the types of firms the SRA hoped would apply when they implemented the system. Nearly a third of ABSs are new entrants to the market, and many of these firms have made significant changes related to how the business is financed and the attraction of new investment. These businesses are not just changing how they are financed, but are also exploring new ways of providing legal services with those funds. According to an SRA survey, the most common areas of investment are technology, marketing and changes to the way legal services are delivered, with over 20 percent of respondents stating that they now offer different and/or additional services to their clients.

These firms are also bringing in non-lawyer partners and reaching customers online at rates far greater than traditional firms – over 90% of ABSs have an online presence vs. just over 50% of traditional firms in the UK. With this ability to provide legal services in new ways also comes the ability to offer other, related services, and with it a richer customer experience.

While the implementation of ABS licensing failed to provide the big bang some were hoping for, it clearly provides a foundation for fundamental change in the delivery of legal services in the consumer sector.

It is exactly this sector that is growing increasingly underserved in both the US and UK. With the percent of unmet legal needs in the US estimated as high as 85%, the UK experience should be instructive to us in handling our consistently growing crises in access to justice. While investment in technology and new means of providing services are unlikely to provide a quick fix to this problem, they hold promise promoting long-term solutions. If the risk to clients is lower than many in the US originally assumed, reassessing the potential of a solution similar to that adopted in the UK (and being seriously considered in Canada) is in order. 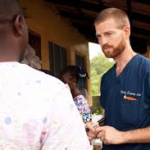