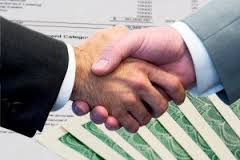 Are law firms refusing or failing to learn the lessons from the slowdown – particularly litigation firms which appear to have largely overlooked the changing marketplace and expectations from clients?

The litigation slowdown has once again raised the prospect of more layoffs and restructuring, something the law profession is hardly wanting to repeat.

Yet a repeat may well be on the cards according to recent reports regarding what could be a permanent shift in the way clients expect their lawyers to charge and work. The approach to litigation work is different these days, but firms have often failed to adapt.

The Legal Intelligencer reports that firm leaders and bank surveys alike have for months reported a softness in the litigation sector with high-end corporate work lifting those firms that could get it in 2014. And last week, litigation firm Kasowitz Benson Torres & Friedman, an Am Law 200 firm that saw a 14.6 percent rise in gross revenue last year, laid off a chunk of attorneys and staff for the second year in a row.

According to the Above the Law blog, upwards of 40 people could have been affected in this month’s cuts. The firm’s founding partner told Bloomberg that Kasowitz Benson had a strong year in 2014 but was facing a litigation market that was “volatile and unpredictable.”

Few who spoke to The Legal said they expected any large-scale layoffs among Am Law 200 firms, at least immediately. But consultants pointed to a potential permanent shift in clients’ approach to litigation and the subsequent need for firms to adapt. The problem is guessing right as to whether the softness in the market will be permanent or not.

Kent Zimmermann, a Chicago-based consultant with The Zeughauser Group, said a lot of managing partners are asking that question and his shop is predicting there is a permanent shift under way.

Zimmermann pointed to three main reasons. Going as far back as 2008, clients showed a noticeable loss of appetite for engaging in litigation and that has not come back even with the improvement in the economy. Technology has increasingly replaced a lot of the work that was done by junior associates, particularly when it came to document review. And, similarly, clients are increasingly looking to less expensive, more efficient ways of accomplishing certain pieces of litigation, such as the use of contract lawyers, off-shoring, legal process outsourcers or smaller firms, Zimmermann said.

“I am not expecting a wave of layoff announcements, however, most high-performing firms continually address overcapacity quietly by counseling out (asking to leave) partners and other lawyers who chronically are underproductive in terms of billable hours on a multiyear basis,” Zimmermann said.

Many of the issues Zimmermann highlighted have been discussed for years. So why are firms noticing now?

Zimmermann said cases take a long time to resolve, so the pipeline may be clearing now, and firms are often slow to react. That is particularly the case when it still is unclear whether this is a permanent shift. 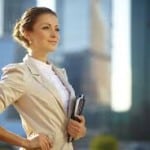