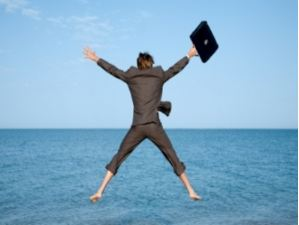 We knew it.  The main reason partners leave law firms is the firm “culture”, that over-worked word that law firms usually employ in the positive sense.  Unfortunately, it also has some major negatives when “culture” is negative, bad or just downright disagreeable for the jumping-ship partners.

The survey, from legal recruiter Major Lindsey & Africa found that of those who did jump ship, 87 per cent were satisfied with their new firms.

The survey was comprehensive, taking in over 1100 partners across the United States.  From the Major Lindsey press release, here are their summarized findings:

“MLA’s 2014 Lateral Partner Satisfaction Survey is a follow-up to its ground-breaking 1996 and 2006 Lateral Partner Satisfaction Surveys. It represents the most comprehensive effort ever undertaken to allow law firm partners to share their views on the lateral partner hiring and integration process. More than 1,150 partners from across the country responded.

To illustrate the high level of satisfaction with their decisions to switch firms, 81% of lateral partners reported that they would still move to their current firm if they had it to do all over again; 16% said they would move, but would go to a different firm; and just 3% reported that they wished they had stayed at their former firm.

“One critical factor in the high rates of satisfaction is the finding that law firms are doing a better job than ever before in integrating their new partners, both on a business level and culturally,” noted Jon Lindsey, Founding Partner of Major, Lindsey & Africa’s New York office, co-author of the 2013 survey, and author of MLA’s two previous lateral partner reports.” All three of our surveys over the past 18 years have consistently found that integration is the single best predictor of lateral partner satisfaction.”

The full text of MLA’s 2014 Lateral Partner Satisfaction Survey is available online at www.mlaglobal.com/community/thought-leadership/lateral-partner-satisfaction-survey-2013. The Survey was distributed, and the results confidentially compiled, by ALM Legal Intelligence. Its release marks the third Lateral Partner Satisfaction Survey produced by MLA since 1996 and the first time that MLA collaborated with ALM Legal Intelligence to deliver the findings to the legal marketplace.

“Once again, we see that firm culture is the single most important consideration for lateral partners in choosing a new firm,” said co-author Jeffrey A. Lowe, Global Practice Leader of MLA’s Law Firm Practice and Managing Partner of the firm’s Washington, D.C. office. “Despite what many people think, it isn’t ‘all about the money.’ In fact, anticipated compensation was actually the sixth most important factor for partners in the selection of their current firms, which is identical to the results of our 1996 and 2006 Surveys.”

“The most troubling finding of the Survey is the shockingly low level of due diligence some lateral partners undertake before changing firms,” said Jon Lindsey. “Only 37% reviewed their new firm’s financial documents, and just 61% even reviewed the partnership agreement by which they would be bound after joining a new firm.”

Overall satisfaction is generally high, with 52.8% of lateral partners reporting that they are “very satisfied” with their current firm and 33.7% reporting that they are “somewhat satisfied.” Only 3.3% of respondents reported that they were “not at all satisfied.”
80.6% of respondents reported that they would still move to their current firm if they had it to do all over again, 16.3% said they would have moved, but to a different firm, and 3.1% reported that they wished they had stayed at their former firm.
Perhaps related to overall levels of satisfaction, 62.7% of laterals increased their originations since joining their new firm; only 11.9% reported originations that had decreased.
Of those respondents that worked with a search firm, over 83% reported that they were either “very satisfied” or “somewhat satisfied” with their search firm’s efforts.
Lateral partners cited Firm Culture as the number one reason for leaving their former firm and the number one reason for choosing their current firm. Anticipated Compensation was, once again, the sixth most important factor for partners in the selection of their current firm.
Law firms are doing a better job integrating their new partners than ever before, with respondents reporting higher integration scores across virtually every category.
The financial due diligence performed by many lateral partner candidates remains surprisingly inadequate: only 36.6% of all respondents reported reviewing their new firm’s financial statements, leases or loan documents before joining, while only 40.4% reported meeting with the firm’s CFO. Tellingly, only 60.7% of respondents even claimed to have reviewed the partnership agreement by which they would be bound before joining their new law firm.
Limited guarantees remain commonplace for laterals, with 22.7% of respondents reporting their compensation being guaranteed for the remainder of the year and 44.9% receiving guarantees for the remainder of the year and the following year. Only 9.4% of respondents reported receiving guaranteed compensation for the remainder of the year and for the next two years or longer, while 23% joined their new firm without any guarantee.” 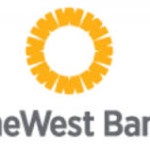