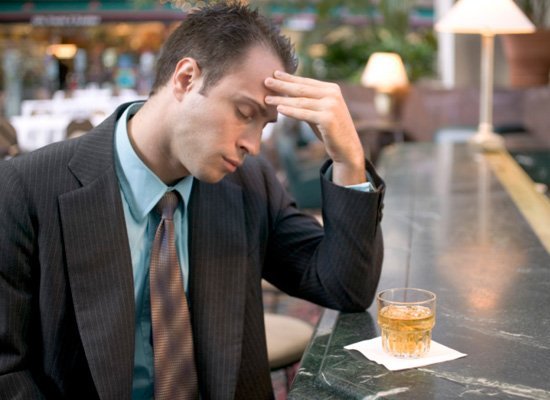 A story in the New York Times earlier this year created high interest everywhere, not the least among the former crisply-suited legal colleagues of the distinguished-looking, down-on-his-luck lawyer Gregory Owens.

The problem faced by Mr Owens is that one of his law firms went belly up and he had entered the world of the salaried partner with another big firm.  In the United States,  broke law firms are becoming increasingly common place, but the human cost is often lost in the headlines.  The Owens  story put a white middle class face on the harsh realities of big law firm failure, or any law firm failure for that matter.

Gregory Owens is 55 and had all the trappings of a successful, corporate law career.  The top  qualification, top schooling and Big Law partnerships, first at Dewey Ballantine, which became Dewey & LeBoeuf, and later White & Case.  It was, as “The Times” noted, a partnership that was the “brass ring of the profession”.

But on New Year’s eve, Gregory Owens filed for bankruptcy with $400 to his name, together with clothes worth $900.  He also has a broken Concord watch and was running a monthly deficit of $52.  In New York, even after you’ve been earning close to half a million dollars at one point, the monthly taxes, insurance, retirement plans, domestic support, transportation, rent and other miscellaneous expenses take their toll on an out-of-work lawyer.

Gregory Owens, the “Times” report said, had failed to adapt or attract new clients.  He was competent, nice and respected.  But he still lost his job, his wife and his money.

His de-equitized situation following his departure from Dewey’s saw him earning high but not handsome rewards.

Dewey & LeBoeuf collapsed massively, sometimes referred to as the Enron of the law profession, but Mr Owens was safely ensconced with White & Case by the time.  In fact, at White & Case he was a “de-equitized” partner, effectively an employee who didn’t share in any firm super profits.  Non-equity partners are a big deal these days with firms from New York to New Zealand.  They have helped firms maintain a size factor without the sizeable profit shares.  Of course, the profits have not been what they once were for many firms, eaten into by large corporate legal departments, increased competition, lower deal flows and greater fee sensitivities by clients.
As one senior recruiter said of people like Gregory Owens, the days when you could coast through a firm, do competent work and keep your nose clean are gone.  The growth of non-equity partners continues and so too does the growth of bankrupt law firms in the UK and US.

The over-lawyered stats tell their own story with an estimate of major job losses in the profession being issued by several law business soothsayers.  The reality is there are many law firms, including no doubt several in New Zealand, that are dead men walking.  New partners come in to contribute to those who are being shown the door to an early or any retirement. Fees are down, overheads up.  Work is tight and viability is marginal.  While the largest firms, and the smartest and most versatile will survive through adeptness and financial clout, there will doubtless be several more law firm failures as the law market tightens and changes.  And more Gregory Owens will hit the streets.

Indeed, being adaptable and developing new niche practices is one of the keys to success for many lawyers.  In recent times there have been firms ranging from people like Simon Watt at Bell Gully to Mrs Cunliffe’s climate law firm (Chancery Green)

The Supreme Court’s recent rejection of litigant Vince Siemer’s attempts to appeal three Court of Appeal decisions relating to Michael Stiassny and his firm, Korda Mentha, along with claims against the Official Assignee, was accompanied also by a High Court Judgement from Justices Brendan Brown and Ronald Young, which saw a laundry list of potential targets excluded from Mr Siemer’s sights, unless Court approval is received.

Their Honours outlined the “exponential” scale of litigation propagated by Vince Siemer, represented on that occasion by civil rights lawyer Tony Ellis and blogging lawyer Graeme Edgeler in relation to his long-running disputes with Michael Stiassny and his entities along with most of the judiciary.  The Court noted the “remarkably wide range of people” sued by Mr Siemer, relating to his original Paragon Oil complaint involving the many and varied Stiassny proceedings.

Indeed Mr Siemer’s voracious appetite for lawsuits, particularly those ending with the names Stiassny or Korda Mentha, have lead to their Honours issuing a laundry list of parties that he cannot sue without the Court’s express consent.

The list are headed by Mr Stiassny, unsurprisingly, and followed by Ferrier Hodgson, any Associate Judge or any Distict Court Judge, HIgh Court Judge or Court of Appeal or Supreme Court judge, the Attorney General, the Solicitor General, the Law society, the Judicial Conduct Commissioner and finally, in a catch-all, any barrister and solicitor of the High Court of New Zealand.

“Mr Siemer’s theme in his submissions is that, given the courts’ multiple errors in previous litigation and given the fact that Mr Siemer has “been unable to get the Courts to address the evidence” that he had been presenting in these cases, further litigation to expose these errors was necessary.

These comments illustrate a regular theme in Mr Siemer’s litigation and his submissions to us: a refusal to accept the finality of litigation when he considers the courts are wrong.”